Pinging on The Recs Radar is a rather unexpected origin-story film just given a 2023 release date: that of chocolate manufacturer, Willy Wonka! 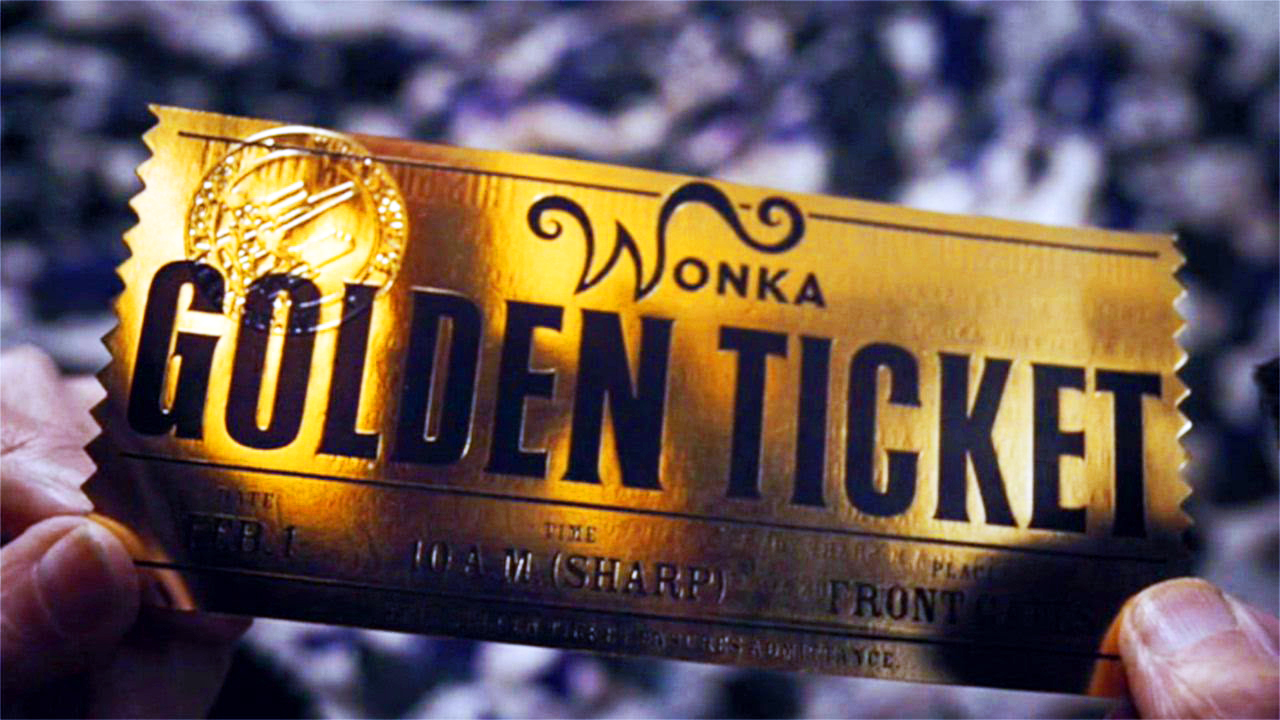 #RecsRadar It’s a film project that’s been kicking around Warner Bros since early 2018, but now that it has been given a release date of  17 March, 2023, it’s time to unwrap what we know of Wonka the proposed film prequel.

With the pure imagination that we have come to expect from Hollywood, the latest classic film character to receive an original story is chocolatier, Willy Wonka.

But before we look forwards to this retrospective film, let’s look back to the history of the character? 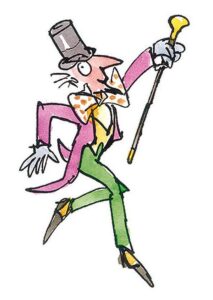 Willy Wonka first appeared in 1964 in Roald Dahl’s classic children’s novel Charlie and the Chocolate Factory as the mysterious owner of the world’s biggest chocolate factory. “

A magician with chocolate” is one of the first descriptions of Wonka in the book: a doer of impossible things.  He is spoken about in unlikely tales and rumours and emerges as a man of mystery. No workers go in and out of his huge chocolate factory. And the man himself completely disappeared from public.

That mystery is central to the first chapters of the novel ahead of the newspaper headline: “WONKA FACTORY TO BE OPENED AT LAST TO LUCKY FEW”. Readers undoubtedly hope that Charlie Bucket will be a Golden Ticket winner so they too can discover the tempting secrets of the factory and indeed its enigmatic owner. 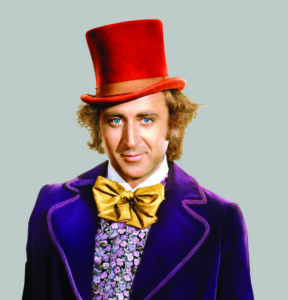 Willy Wonka first reached the big screen in the 1971 musical fantasy movie, Willy Wonka & the Chocolate Factory with actor Gene Wilder playing the title character. Helped by the memorable songs by Leslie  Bricusse and Anthony Newley, Wilder saw the role of Wonka as quite the showman albeit an untrustworthy one.

He insisted that his first appearance should be as an underwhelming man, hobbling with a stick, much to the shock of the expectant crowd. As he walks forward, his cane “accidentally” gets stuck in the cobbles. It looks for a horrible moment that he’s going to crash to the ground but it turns into a beautifully-controlled forward roll – as seen in this video!

This entrance was key to Wilder’s characterisation. The actor said “from that time on, no one will know if I’m lying or telling the truth.”

This inconsistency runs through his Wonka like a stick of rock. He slips instantly from charming to callous, from benevolent to iracable – forever keeping Wonka unknowable. 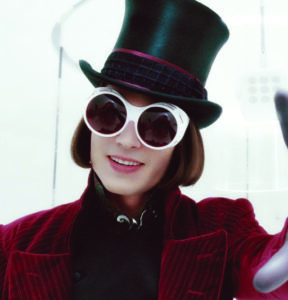 Johnny Depp was the second actor to play the eccentric factory owner in Tim Burton’s 2005 misfire Charlie and the Chocolate Factory. The unnecessary CGI-laden remake was a charmless muddle with a truly ill-considered central performance from Depp.

Depp’s Wonka dialed his bag of eccentric twitches and oddball gurning up to 11 and delivered a performance as hollow as a penny whistle. The actor in an interview with Ellen DeGeneres explained the unexpected inspiration for his portrayal: “I imagined what George Bush would be like… incredibly stoned, and thus was born my Willy Wonka”. Which perhaps explains why his Wonka was so irrelevant.

As if this wasn’t bad enough, the film introduced its own imagined backstory. The character’s dentist father, Wilbur Wonka,  banned sweets from their home. When Willy sneaks a piece of candy, he feels compelled to follow his dreams of becoming a candy maker. His father warns him he won’t be here when he gets back, and… Yep, it’s as painfully unimaginative as it sounds – taking away rather than adding to the power of Wonka’s legend.

Whilst the Wonka prequel would appear to be in the promising hands of Paul King, who directed the wonderful Paddington and Paddington 2, and David Heyman, who produced all the Harry Potter films and the Fantastic Beasts series, there remains an innate issue with exploring the earlier years of the chocolatier.

The character of Willy Wonka is meant to be impenetrable, enigmatic, unknowable. In Charlie and the Great Glass Elevator, Roald Dahl’s 1972 follow-up book, Charlie’s Grandma Josephine on her first meeting with Willy Wonka, comes to the immediate judgement: ‘I don’t think I trust this gentleman very much.’

The character’s unique quality is that we can never quite get a handle on him – and because of this, Wonka’s declaration towards the end of the original book “Nothing’s impossible” remains credible. To ground the character and explain away the details of his mystery is to rob him of his unlimited possibilities.

To use a suitably sweet metaphor, knowing the chemical process about how candy floss is made will not make it any tastier.

According to film magazine, Collider, while actors such as Ezra Miller, Donald Glover and Ryan Gosling were originally in the frame when the film was first mooted, Warner Bros are apparently trying to lure either Tom Holland or Timothée Chalamet to play the eponymous maker of chocolates and dreams. 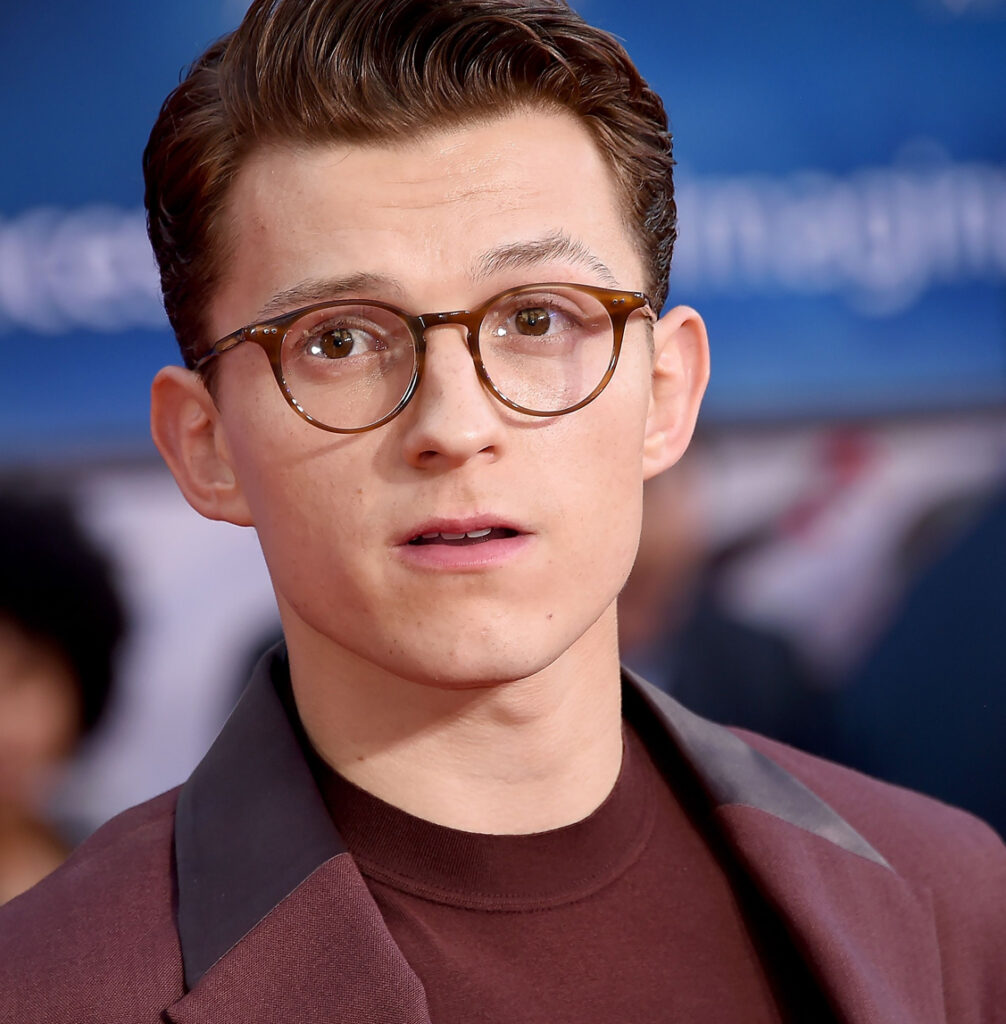 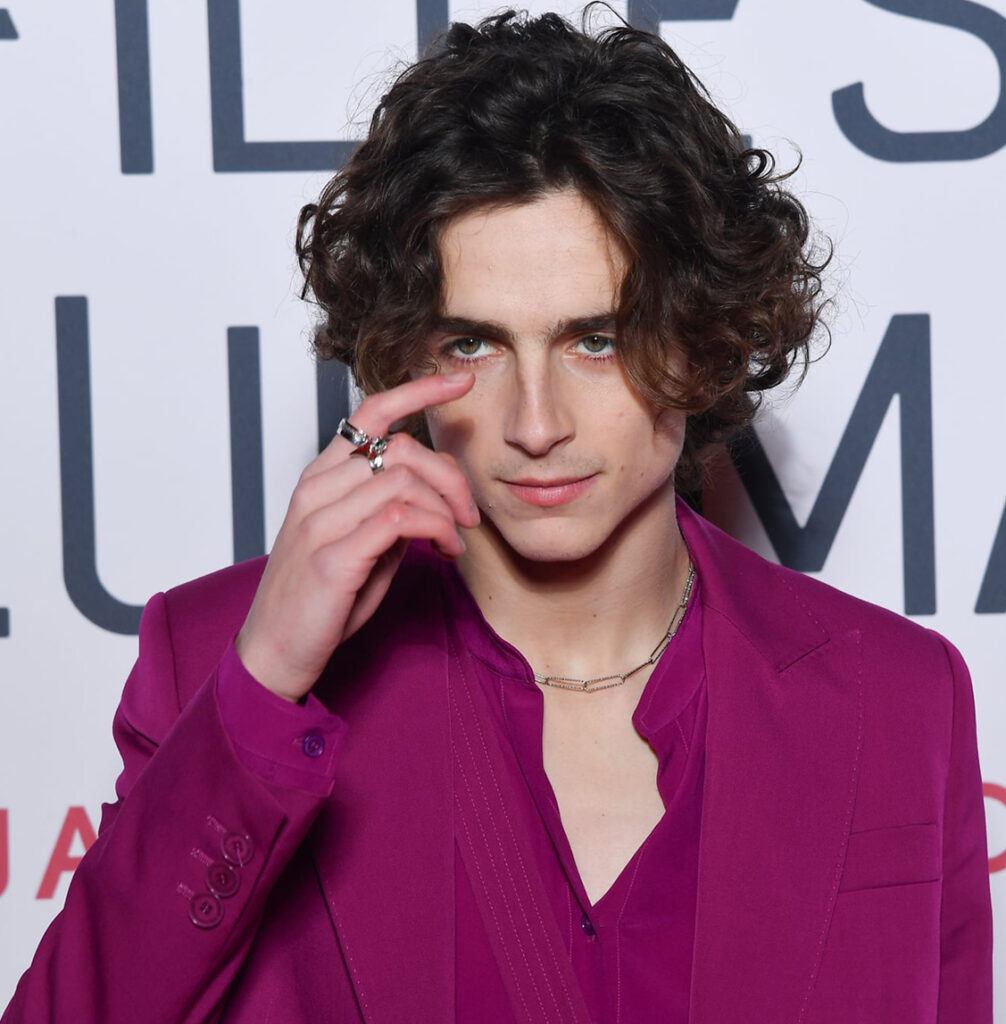 Although a hugely charismatic young actor, Tom Holland would have majorly to play against his natural warmth to play the often brittle and prickly character.

Whilst Timothée Chalamet is naturally angular and unconventional, a better fit for Wonka, surely the role as described by the studio as “a young Willy Wonka and his adventures prior to opening the world’s most famous chocolate factory” is bound to be something of a poison chalice.

If the world of Wonka is to be revisited, The Recs is presently much more interested in the two(!) animated series that Taika Waititi is currently developing for Netflix. According to the streamer: “One series will be based closely on the books, as well as one based on the Oompa Loompas”.

Does that mean that an adaptation of Charlie and the Great Glass Elevator will finally reach the screen? We’d be up for that.