Skip to content
A huge audience is expected to watch tonight as Oprah talks with the Duke and Duchess of Sussex in what is promised to be a “no-holds-barred” interview. Harry and Meghan’s first major TV interview since “stepping back” from Royal life was always going to make headlines, but the run-up to the screening of the couple’s chat with Oprah Winfrey has been fevered, to say the least.

The Run Up to the Interview Screening

With what is highly unlikely to be accidental timing, The Times broke an incendiary story that Jason Knauf, the Sussexes’ own former communications secretary, had lodged a formal complaint against the Duchess and that she bullied several members of staff. Meghan’s spokesman issued a statement saying “The duchess is saddened by this latest attack on her character” although, noticeably,  it stopped short of a denial.

A close friend of Meghan Markle hit back telling Harper’s Bazaar: “find me a woman of color in a senior position who has not been accused of being too angry, too scary, too whatever in the workplace”. The magazine additionally claimed that the couple knew that things ‘would get ugly’ in the run up to the Oprah interview.

The febrile atmosphere was further magnified by the release of teaser clips from the Oprah interview. In particular, one featured the Duchess making the shocking assertation that “there is an active role that ‘The Firm’ is playing in perpetuating falsehoods about us”.

On social media, the lines have been drawn with fans of the Sussexes seeing the interview as a continuation of the couple’s attempt to find their own freedom while their critics portraying the Oprah interview as further hypocrisy from the former Royals who left the UK stating they wanted privacy.

The Recs Preview of That Harry and Meghan Interview

The Oprah interview airs in the UK tonight on ITV at 9pm but The Recs has watched a preview on the 1 hr 50 mins chat. Here are the big talking points:

“I went into it naively” states Meghan on joining the Royal family. “I didn’t do any research” she confesses, relying on Prince Harry what it might be like. The impression is someone who hadn’t paid that much attention to the Royals joining this world-famous institution without a lot of preparation. Meghan tells a funny story of not knowing how to curtsey just before she met the Queen.

“The perception and the reality are two very different things – you’re been judged on the perception but you’re living the reality” is something that the Duchess states that rings completely true. We know that the role of the Royal family is to put on a regal show – and this seems to be at the heart of the culture clash that has occurred between Meghan, Harry and the Royal family. 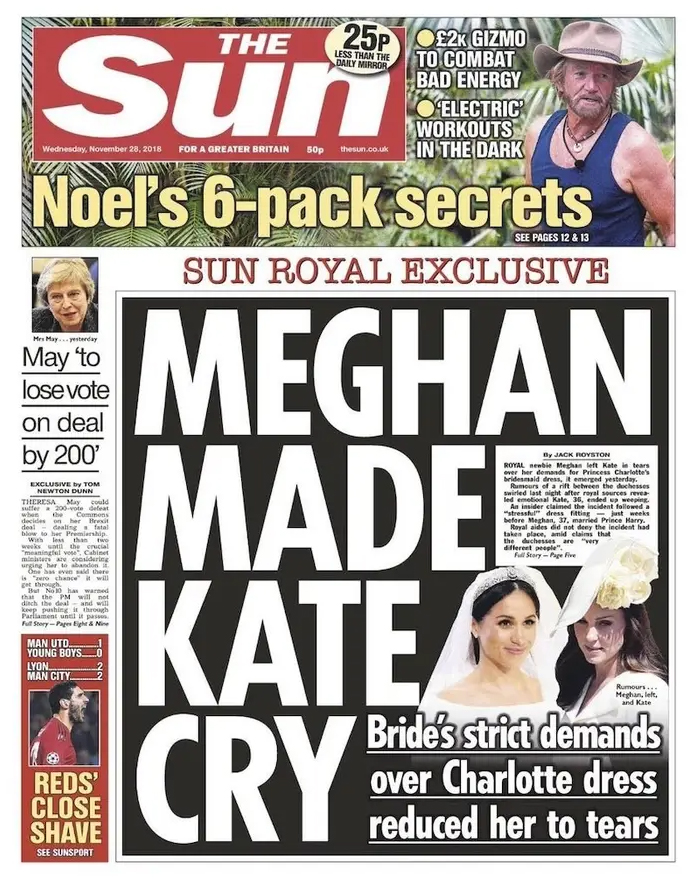 The story about Meghan making Kate cry was “a turning point”.

When pushed on the subject, Meghan gives a deep sigh and asserts “the reverse happened”. Yes apparently it was about flower girl dresses – the implication being that Kate wasn’t supportive to Meghan and reduced her to tears ahead of the wedding.

Meghan, having discussed the disputed turn of events, insists “it’s not fair to get into the details” and continues “everyone in the institution knew it wasn’t true”. Annoyingly Oprah fails to pursue the details. If the story is debunked saying it was the other way, then surely a full version of the story needs to be aired.

Meghan concludes “They really wanted a narrative of a hero and a villain”.

One puzzling insistence is Meghan’s that she never read anything in the papers and yet friends and family told her what was out there. You do wonder if Meghan was so intent on not knowing what the media was saying, that as a strong independent person she wouldn’t cut off this apparent endless stream of upsetting stories delivered from those close to her.

While Meghan concedes that everyone welcomed her into the family and “the Queen has always been wonderful to me”, she began to feel cut off and lonely.

“One of the members of the family she came over and said “Why don’t you just lay low for a little while, because you are everywhere right now” and I said “I have left the house twice in four months”.

Meghan insists that while she didn’t see it, her mother and friends were suggesting that the Palace were not protecting her. “I was not being protected – they were willing to lie to protect other members of the family”.

A lot of the Sussexes’ decision to step back from their Royal duties seems to surround their son, Archie.

“There was no explanation” the Duchess maintains regarding the decision that Archie was not to receive security.  This is where Oprah’s shortfall as an interviewer is exposed. A lot of what Meghan says is related from what Harry has been told – but she doesn’t question Harry on this.

The question of whether Archie should be made a Prince is raised and takes us into one of the bombshells of the interview explodes.

Meghan reports that there were “concerns and conversations about how dark his skin is” ahead of his birth from a member of the Royal family who Meghan declines to name because “That would be very damaging to them”.

People will read this how they will but not naming the member of the Royal family will have the effect of tarnishing all of them. A conversation that Meghan is not reporting first hand – the comments were conveyed to her by Harry – and again Winfrey fails to drill down. This is a huge accusation to be levelled towards the Royal family and the damage which Meghan accepts would come from this revelation is broadened by her not naming the person who made these racist comments. 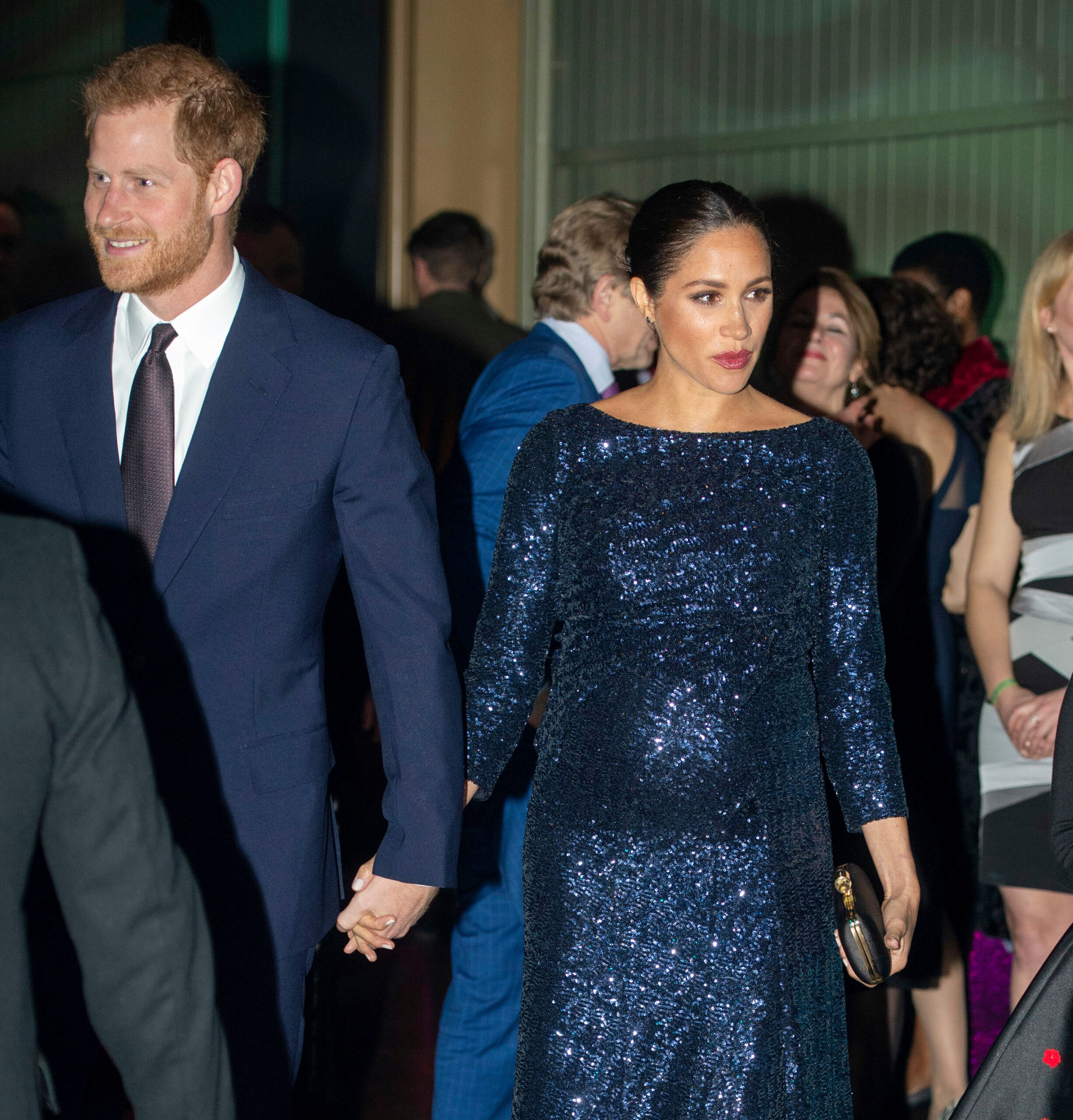 In an incredibly emotive section of the interview, Meghan reveals that because of the pressure, the lack of support inside the institution she had joined, she had reached the conclusion: “I didn’t want to be alive any more”.

There can be no doubting that these were “clear and real and frightening constant thoughts”. Horrifyingly, this is when she was pregnant with Archie.

She reports how she had to attend the premiere of Cirque du Soleil’s Totem at the Royal Albert Hall because she couldn’t be left alone with her suicidal thoughts.

Having told her mental health struggles to “one of the most senior people” at the Palace, she went to Human Resources to seek help and was told that while they could see her troubles manifested, they couldn’t help her because she was not Palace staff.

By this point, The Recs wondered where was Harry in all this. “He’s carrying the weight of the world on his shoulders” she told Oprah.

There’s no questioning her sincerity of how her mental health was under huge pressure but you do think, why wasn’t Harry doing more. He comes across as a very passive agent in this interview as a whole.

While Meghan couched a lot of her accusations and issues in vagueries, when he joined the interview halfway through, Harry seemed happier to be more specific about the targets of his anger.

He was barely onscreen before he aired his annoyance at security being removed from them in Canada and their location being revealed “courtesy of the Daily Mail”.

Later, Harry admits “The UK press – and the UK is my home – I’ve got my own relationship that goes back a long way with the media”. And this certainly is the lens through which the Duke of Sussex views the press.

He lays blame of the lack of family support squarely at the door of the press: “I’m acutely aware of where my family stand and how scared they are of the tabloids turning on them”.

In the interview he evokes memories of his mother – the press coverage being a “constant barrage” leading to “history repeating itself ” before clarifying “I’m talking about my mother”.

Harry somewhat snarkily drops in a reference “Before he stopped taking my calls” about the Prince of Wales. When questioned about Prince Charles’ apparent lack of support, Harry gives an agonisingly long pause before suggesting that “he’s been through something similar”.

His further insistence that Diana, his late mother, “would feel very angry how this has panned out” which seems unconnected to his appraisal of William, his brother, is that they are “on different paths” and that their “relationship is space at the moment” 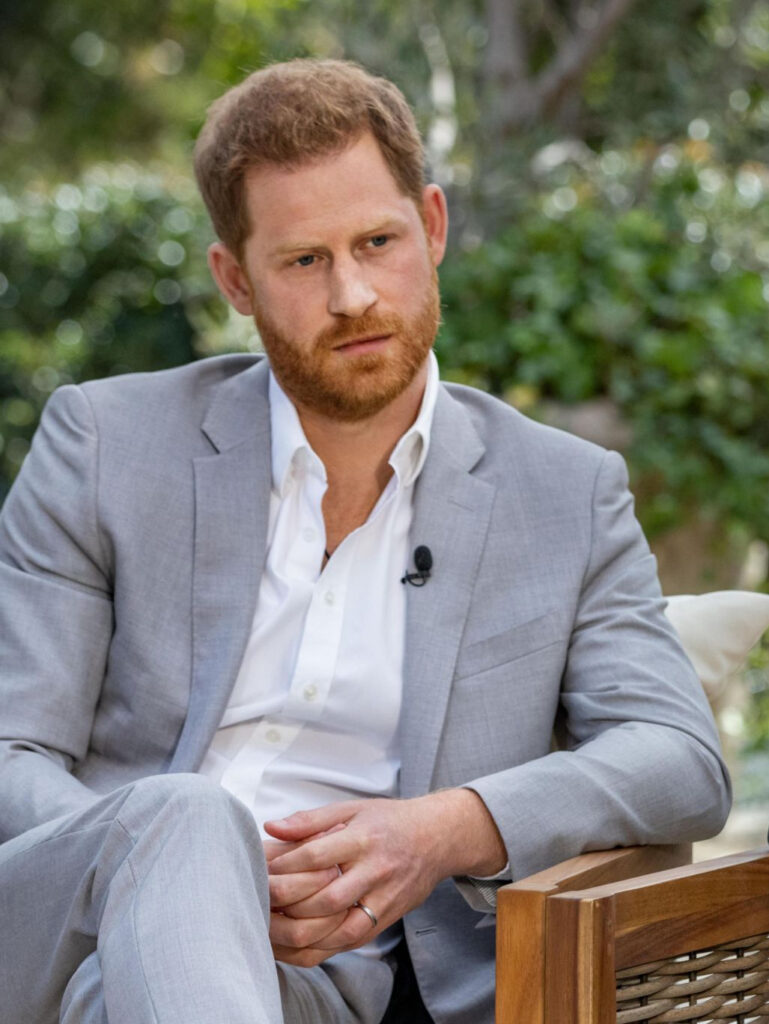 What comes across in the interview is that there is no doubt that Meghan felt utterly overwhelmed and hopeless within an institution that could not or would not help her. She accepts that she was naïve going into it but you do wonder where was Harry in all this. Where are the stories of him battling for his wife from within?

Undoubtedly there was a culture clash. An American, independent woman who had been vocal supporting the causes she felt close to. The Palace with an entirely different culture – and one which was geared to support those next in line to the throne – which with every child the Cambridges had meant Meghan and Harry slipped further down the pecking order – perhaps to the chagrin or the Sussexes?

For sure, much of the British press were vile and unfair and let’s say it for what it is, racist against Meghan. But given Meghan’s repeated insistence that she read few to no stories, it seems odd that she would be so upset about something she maintains she had no knowledge of.

While such an interview would have taken months in the planning, there’s no way the couple could have known about the 99-year-old Duke of Edinburgh’s heart condition. On the other hand, it is a fair point to question their raising these issues when many millions are suffering their own mental health issues due to the global pandemic and lockdown without the options that were available to the Sussexes.

Will it have the same far reaching impact of Diana’s Panaroma interview? Quite possibly.