On the 25th August, 1934, the basement of 81 Endell Street was raided by the police. It was home to The Caravan Club which billed itself as “London’s greatest bohemian rendezvous said to be the most unconventional place in town”. Given that open expression of homosexuality in the 1930s was dangerous and could face imprisonment, the capital was dotted with clandestine LGBTQ+ spaces. 103 people were arrested with the Judge describing the venue as “a foul den of iniquity which was corrupting the youth of London”.

Jude Taylor’s new musical Is He Musical? – alluding to the euphemism for being gay – begins a year earlier. It’s the end of 1933 and 22 year old Laurence Metcalfe, “cute, sweet and coy” as the opening song goes, is beginning to seek out the little world more suited for him within the big city. While lurking in the Trocadero Long Bar, he crosses paths with the flamboyant, bombastic, old Wilfred Thomas, who immediately enquires “Are you queer, dear?”

Wilfred, better known as May (played by Teddy Hinde) decides to take Laurence (Barry O’Reilly), newly christened as Lilian, under their wing as his fairy godmother and induct him into their sisterhood. A whirlwind of fabulously indulgent evenings across London’s West End beckons. 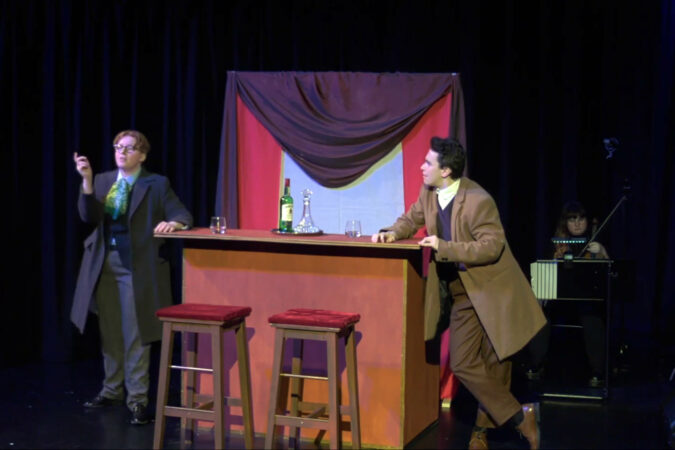 Their friendship grows despite their differences occasionally grating. Wilfred is in service as a footman to Lord Hemsworth of Mayfair and only hears from their mother when they need money. By contrast, Laurence comes from a rich family but is determined to make it as a concert pianist without using his father’s money or contacts.

When Laurence discovers “a new kind of place specifically for people like us”, the aforementioned Caravan Club, he is lured by the prospect of “all-night gaiety” whereas older Wilfred prefers things to carry on exactly as they are upstairs at the Trocadero. When Laurence meets and becomes a couple with Victor, Wilfred becomes aware of time ticking by and their options narrowing… 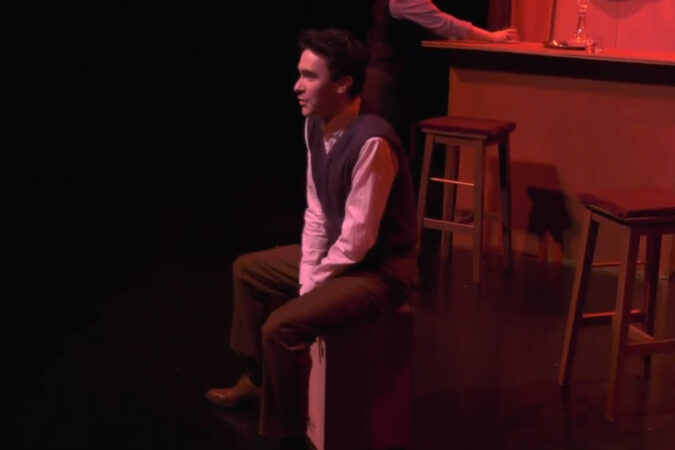 Composer / writer Taylor is keen to suggest it-was-ever-thus patterns to the gay scene with pretty squabbles amongst the queer family circles (the never-seen Benny and Wilfred have a spat over the latter stealing the former’s milkman), the weakening of blood family ties and individuals predictably dropping out of the scene when they find love. Modern sensibilities are channeled as Wilfred declares “I am not a woman, nor a man…I am a powerful force. So powerful that futile words and boxes could never contain me”. Although when Wilfred goes on to add “Don’t waste your he‘s and him’s on me. Instead address me with a they, a them or a their”, you do wonder if the show’s creator is stretching historical accuracy a tad.

Where Is He Musical? is challenged is that the whole of London gay society has to be filtered through just two performers and at an hour running time, the journey  of the ups and downs of their queer friendship is necessarily a cursory one. It’s far from a criticism of a new musical to desire more characters and full-length running time. 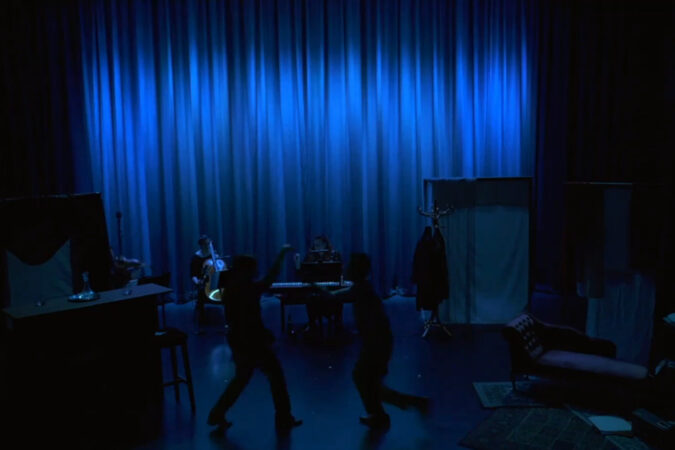 Undoubtedly the songs are the star of the show. Jude Taylor has an ear for strong, original melodies. When the character Laurence sings “I’m truly me inside these melodies” in an ode to his piano, it’s not a stretch to attribute the same sentiment to the show’s creator and his compositions.

A highlight comes halfway through the show. Pizzicato strings and even tapping a bottle of Jameson’s Whiskey drive an irresistible percussive number in tribute to the delights of The Caravan Club.  As well as Taylor’s original songs, the chorus of The Boy I Love Is Up In The Gallery is repurposed from a traditional music hall song made famous by Marie Lloyd in the late 1900s to a same sex love song between Laurence and his beau, Victor.

Barry O’Reilly has a wonderful purity to his voice and convincing conveys Laurence’s trajectory from bright-eyed ingénue to careworn scene cynic. Intriguingly for a character so larger-than-life, it’s in the quieter, tender moments of Wilfred that Teddy Hinde is most effective.

Without revealing the unexpected denouement, Is He Musical? is a heartfelt celebration of the 1930s gay scene and, during LGBTQ+ History month, a timely love letter to the queers who boldly paved the way. As for the very musical composer Jude Taylor, he’s a one to watch – possibly from the gallery! 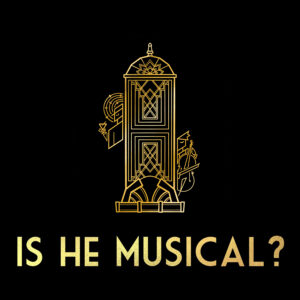