It all begins as Jenny’s story. The series is based on real life 1950’s Poplar midwife Jenny Lee.

Over the first three years we watch this shy newly qualified midwife evolve into a strong and confident nurse. She has many rude awakenings to the real world of midwifery, but soon earns the respect of her peers when she has to deliver a baby alone after the mother goes into premature labour.

The grim and raw world of the post war East End continues to shock her though, not least when she realises that a brother and sister who have lived together all of their lives also share a marital bed. It’s the robust Sister Evangelina who explains how the siblings came to be in a relationship and reminds her that God allows love in many different forms.

There is romance for Jenny too, but it’s not easy going in the form of her on/off relationship with the blond and handsome Jimmy. At one point Jenny even saves his life by correcting his doctor’s misdiagnosis.

Ultimately she finds love with Alec a colleague of Jimmy’s, and after helping a fellow midwife nurse her terminally ill mother, believes she has found her calling and leaves to go and become a Marie Curie nurse.

Straight away from her unprecedented arrival in a Morris Minor, Nurse Phyllis makes an immediate impression on the nuns and midwives of Nonnatus House.

Cuttingly efficient and not perturbed to push ideas in a very established set up, she initially winds up her colleagues, not least the redoubtable Sister Evangelina (Pam Ferris).

Gradually we start to see a very human side to Phyllis and realise she is wearing a very tough body armour born from what life has dealt her from an early age. Gradually her past history is shared with patients or colleagues suffering similar issues and we grow to love her as the ultimate top-lip biter who stands ramrod supporting everyone else. Romance skirts her way but she knows it’s not to be and in her no-nonsense way, swiftly moves on from that frippery – as she would view it.

The death of her fellow nurse and roommate Barbara is much harder for her to bear. Without her realising it, Barbara had become the daughter she never had and she was over the moon when Barbara married the local vicar. Barbara’s death from sepsis knocks the life from Phyllis and in many scenes, often where words do not need to be spoken, we see her grief laid bare.

Gradually the pragmatic Phyllis recovers. And whilst we may see the occasional slip into the girl she always probably wanted to be, we really continue to relish the organised, no-nonsense, eyebrow-raising but stable presence of Deputy Sister in Charge, Nurse Crane.

Sister Bernadette is one of the original characters from the first episode of Call The Midwife and, without doubt, the one who has been on the most amazing of life changes and has evolved the most.

As a nun and midwife, she is hard working but nervy, somewhat too nice in a way, and easily taken aback by stronger characters or harsh situations. But she holds an underlying sense of purpose and this carries her through. This characteristic sustains her as she comes to the realisation that whilst she admires her fellow nuns and has a strong belief in God, she craves having a family of her own, and struggles to deal with this need and the turmoil in her mind.

Things come to a head when she falls in love with the local doctor Patrick Turner. She then becomes gravely ill with tuberculosis and it’s whilst at rock bottom, recovering in a sanatorium from the illness, that she is visited by Dr. Turner who has realised he has fallen in love with her. After reverting to her birth name of Shelagh she marries Patrick and becomes a loved and respected stepmother to his young son Timothy.

In the years that follow they adopt two girls, firstly Angela and then May, and ultimately she gives birth to their son Teddy. Looking after four children and helping her husband run the local surgery and nursing home gives Shelagh a very busy life, but she continues to thank God that she has achieved her perfect dream.

You can watch Sister Bernadette and Dr. Turner finally declaring their love for one another – click here

Sister Monica Joan is perhaps the most frustrating person in the tight-knit group.

On the surface this would appear to be due to the onset of dementia and the fragility of her old age. Her fellow nuns and nursing sisters can cope well enough with both of those. It’s her sheer naughtiness and eating of all the cakes that frustrates them the most. She retains the ability to surprise and impress though.

On one occasion Dr. Turner is struggling to diagnose a mysterious illness that is affecting two young brothers. It’s one of those occasions where Sister Monica Joan is “playing up” and being a nuisance as far as everyone is concerned. However, it is the octogenarian nun who solves the illness by recognising the symptoms from one of her old medical encyclopedias from the reign of Queen Anne. Showing the text to Dr. Turner he is then able to diagnose them correctly with cystic fibrosis, which little was known of in the 1950s. Everyone is reminded that in her confused mind, there is hidden a great knowledge and as a reward, everyone helps rebind her old books, and provide her with a lovely new bookcase.

She is the last surviving founding sister of Nonnatus and progresses on in to her nineties. In reality, she probably would have no longer been there by the swinging sixties. Instead, retired to the Mother House in the countryside or have passed on in to hands of her Lord. But on she goes, like Annie Walker still serving pints in The Rovers Return at 80 and Dot Cotton still doing the public’s laundry at 90, she shouldn’t be but she is. And we are all much better off for that.

Former army nurse Valerie is struggling to know what to do with her life. She is working in a pub when she comes to the aid of Shelagh Turner who is dealing with casualties from a fire in the dockyard. Shelagh encourages an initially wary Valerie to join the ranks of Nonnatus House, knowing that her army training and having grown up in the East End stand her in good stead.

However, she is tested hard from the start by dealing with female genital mutilation affecting the pregnancy of her first expectant mother. A much bigger shock is in store for her when she has to assist a young woman suffering from a botched backstreet abortion. Finding out that it was her beloved grandmother Elsie who has been carrying out these operations is harrowing enough. But she then undergoes great conflict when she realises she has no option other than to report her gran for these crimes, who is then sent to prison. Sadly, Elsie falls terminally ill with cancer and is released to live with Valerie who provides her with palliative care.

Heartbreakingly, Elsie passes away on her own after Valerie is called away. It’s a shattering blow for the distraught granddaughter and she decides to go and work in a clinic in South Africa that Nonnatus House is affiliated with. Whether Valerie can ever face returning to Poplar remains to be seen.

We might be forgiven initially for thinking Trixie is a “tart with a heart”. When we first meet her, she is gossiping with the other girls and painting the nails on both her hands and toes a bright red.

Her behaviour appears broad for the late 1950s and one man early on makes an aggressive pass at her, assuming she is cheap and available. He makes a mistake like people do who have never properly watched the programme. He assumes Trixie is a tart. The non-viewer assumes watching this Sunday evening drama must be like sipping on Ovaltine. Both are wrong.

Trixie falls in love with the local vicar but realises the relationship will not work. She then watches him marry one of her colleagues. Later she finds love again but as this man is recently separated with a young child feels she cannot make this work either.

She slides steadily into alcoholism and bravely faces up to attending AA meetings. Trixie is every woman wronged and every gay man heartbroken. There’s a bit of Trixie in all of us, and a bit of all of us in Trixie.

The programme began as Jenny’s story but it has always been throughout Trixie’s story. We hope both stories will end well. 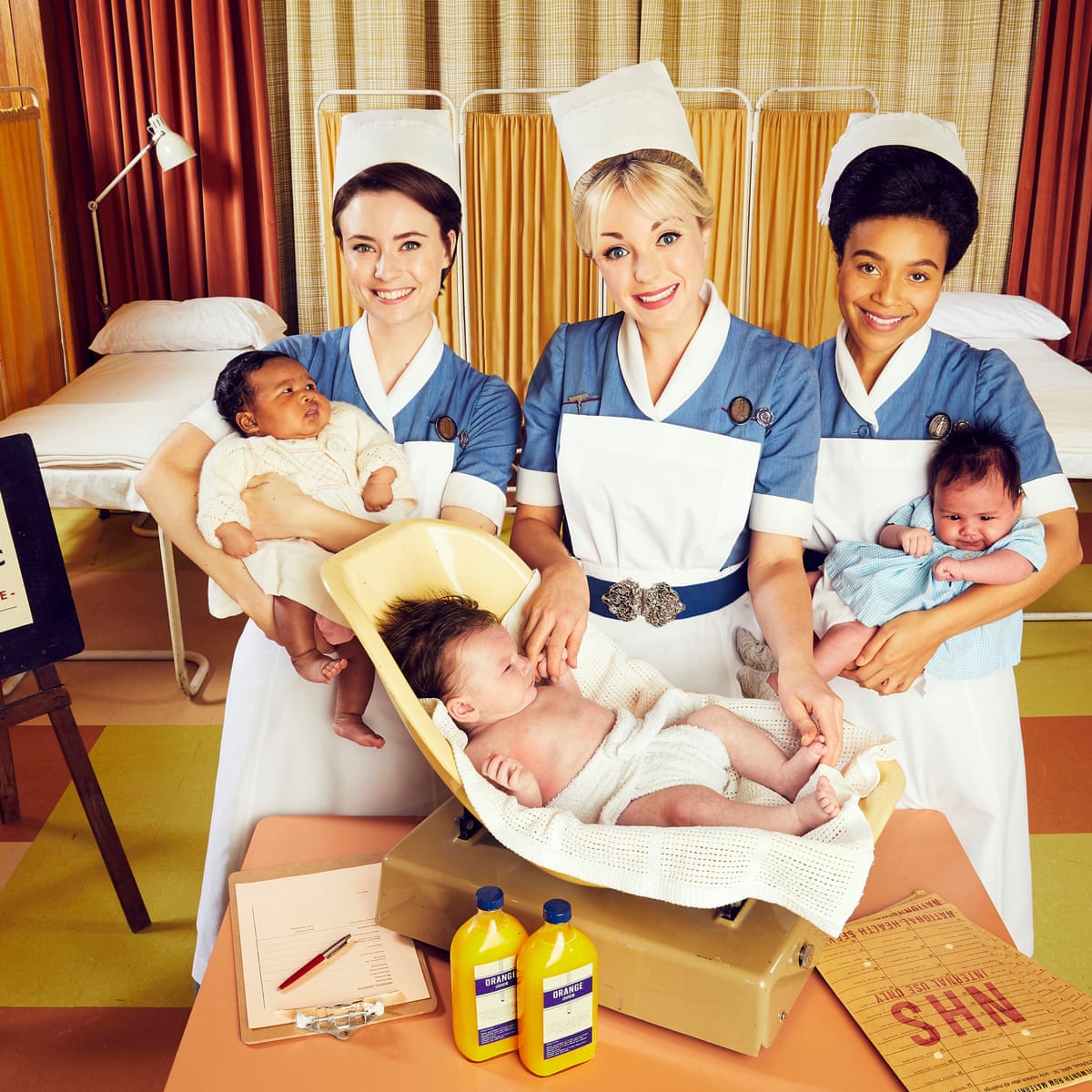 Watch All Nine Series of Call The Midwife 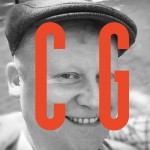