One hundred years ago today, The Bodley Head published a detective novel in the UK by a first-time author – the result of a bet with her sister! The detective was Hercule Poirot, the book was The Mysterious Affair at Styles and the rest was a century of success for The Queen of Crime. 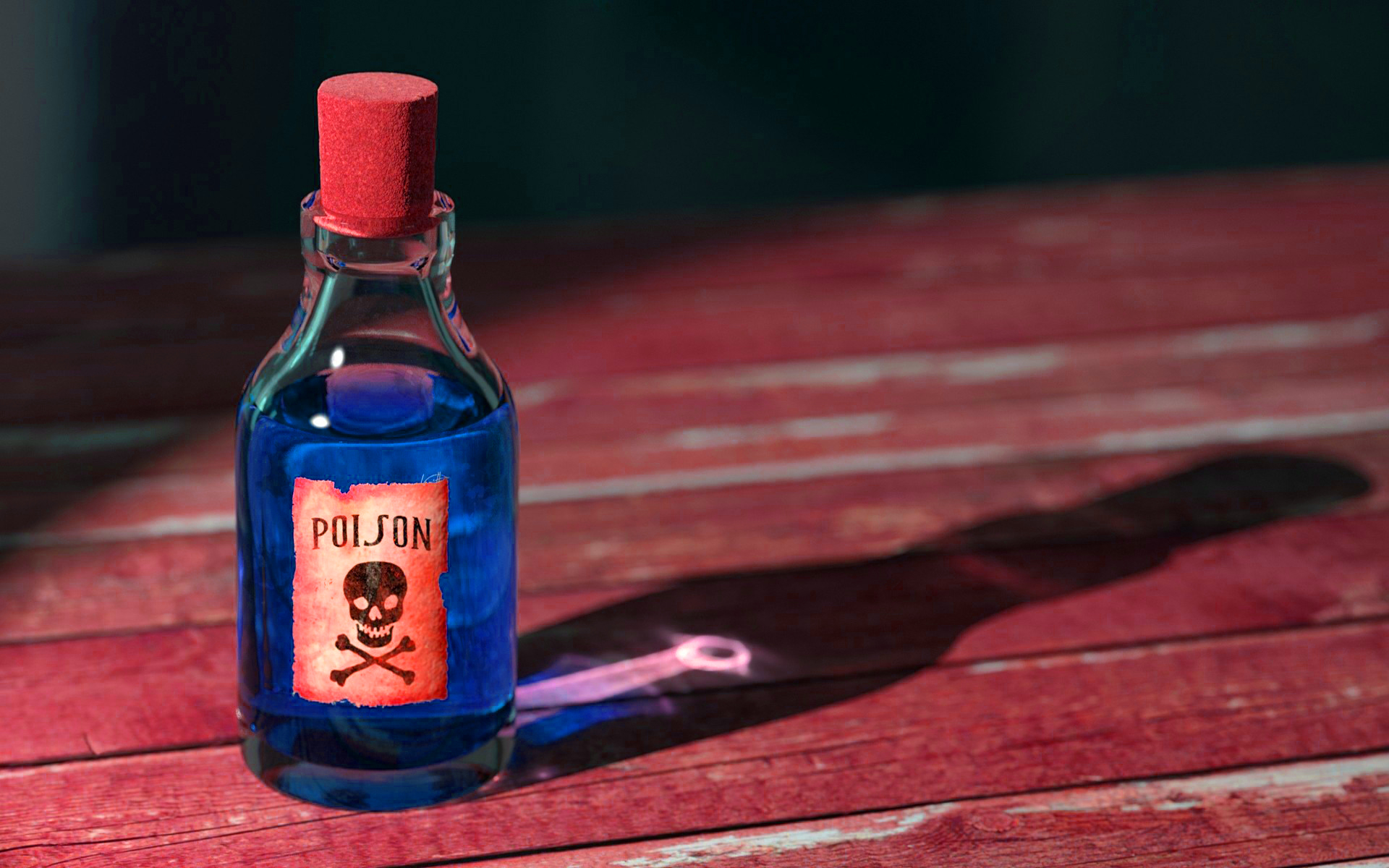 There can be no doubting the worldwide appeal of Dame Agatha Christie’s writing.

The statistics speak for themselves. The Guinness Book of World Records names her as the World’s Best-Selling Author. Her crime novels have sold between an estimated two to four billion copies. According to the Encyclopedia Britannica, her books have been translated into more than 100 languages.

Her play The Mousetrap has become the longest running theatre show, of any kind, in the world. There has been at least one film adaptation of her works every decade since the 1920s and Chorion, the entertainments and leisure company that now controls Christie’s copyrights, estimates that there have been about 190 film and TV adaptations of Christie’s work worldwide!

Not bad for a woman who only started writing because of a dare from her sister! Both sisters were fans of detective fiction, especially Arthur Conan Doyle and Anna Katharine Green. Madge, Agatha’s older sister, who was a bit of an aspiring writer herself, told her sibling that detective stories were incredibly hard to write. A bet followed that Agatha couldn’t write a whodunit that Madge couldn’t solve. The result was The Mysterious Affair at Styles, the first of her thirty-three novels that the Belgian detective, Poirot, would appear in.

A prodigious writer, throughout much of her life, she produced two novels a year, self-deprecatingly describing herself to the New York Daily News as “a perfect sausage machine”. But what of that very first novel? Does The Mysterious Affair at Styles still entertain one hundred years later? 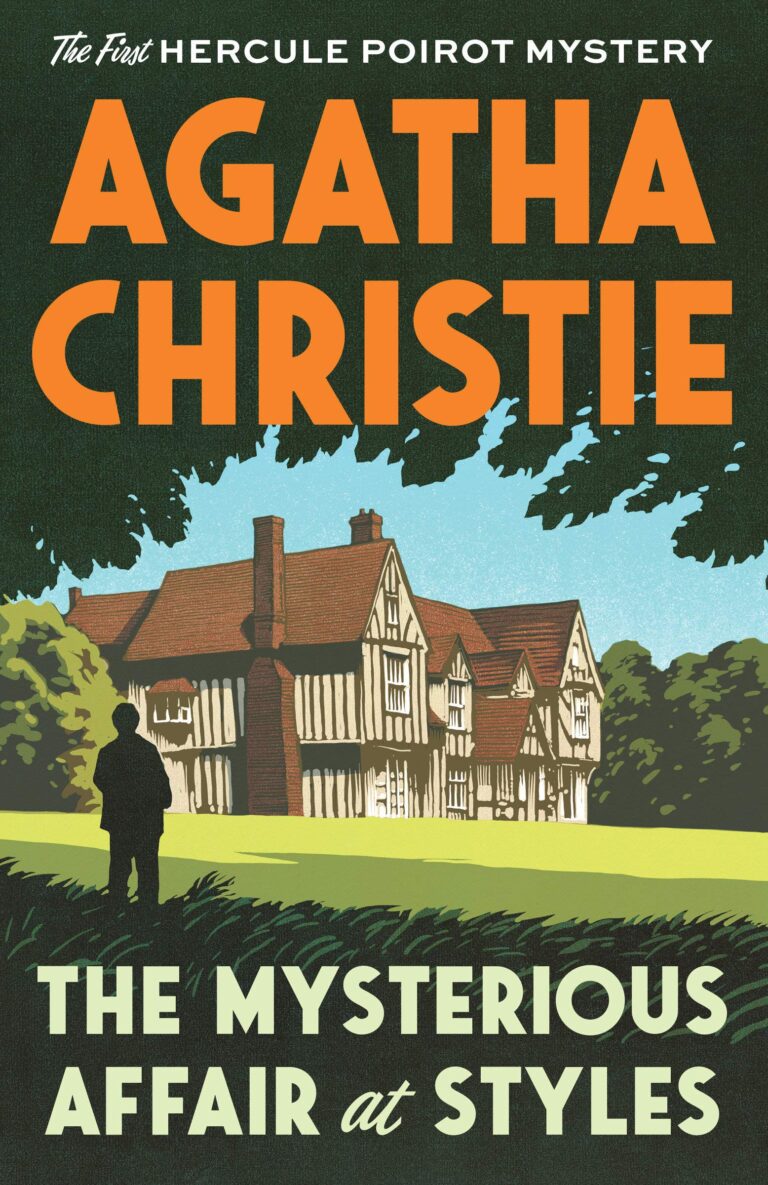 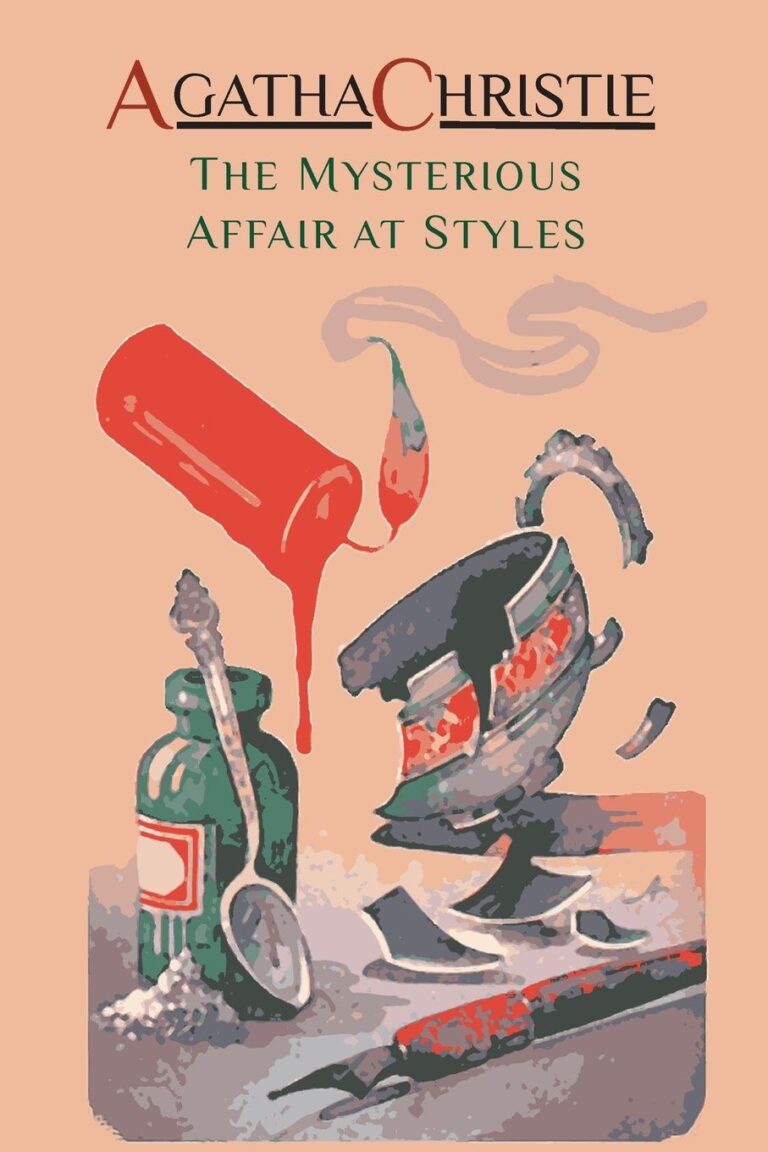 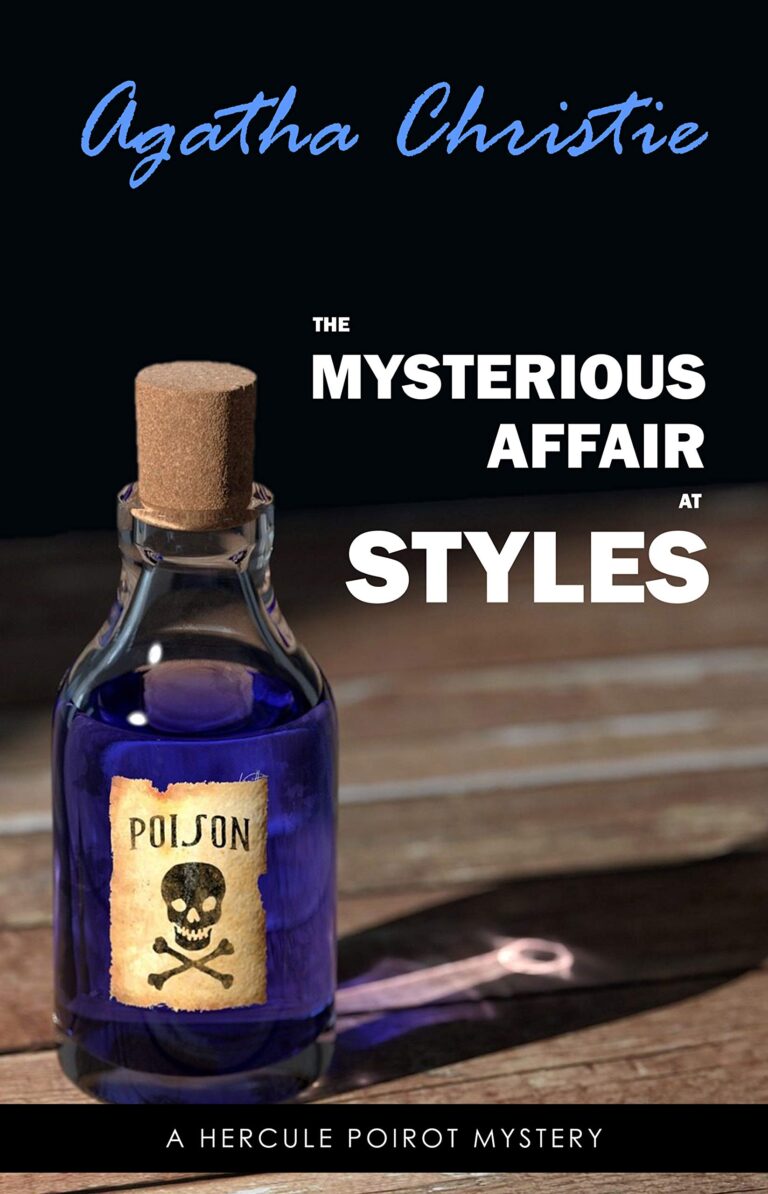 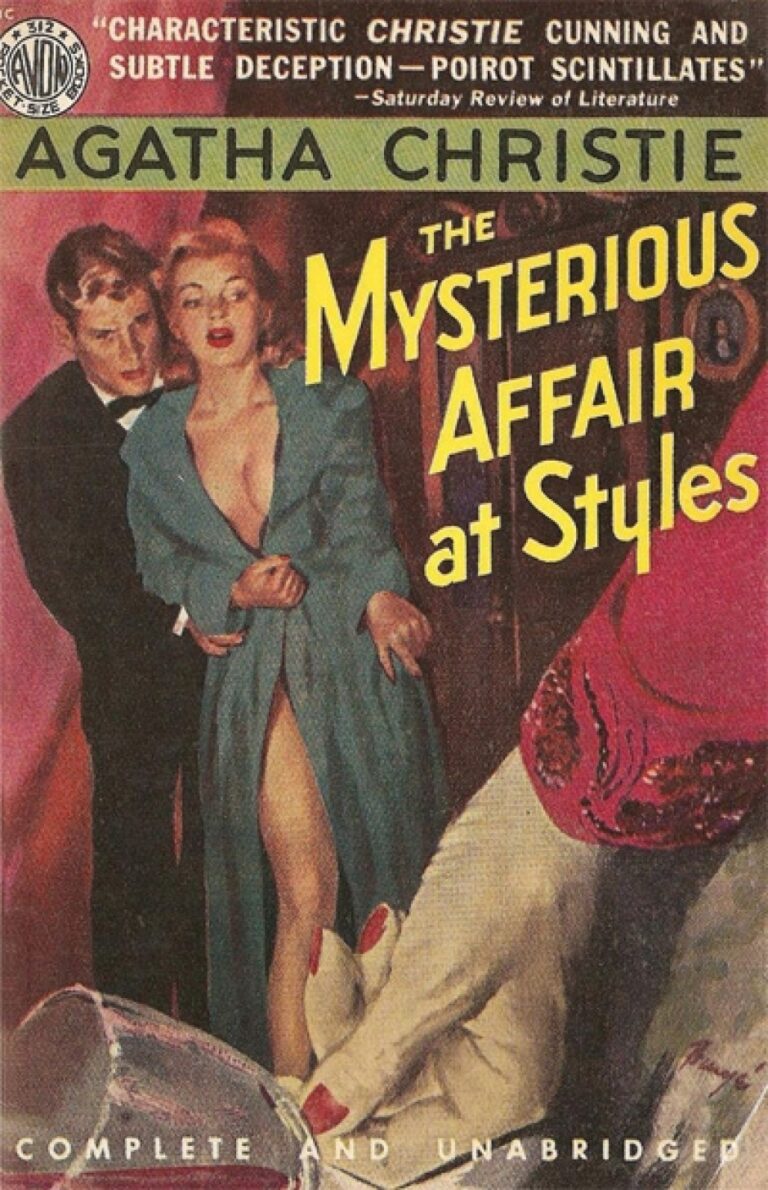 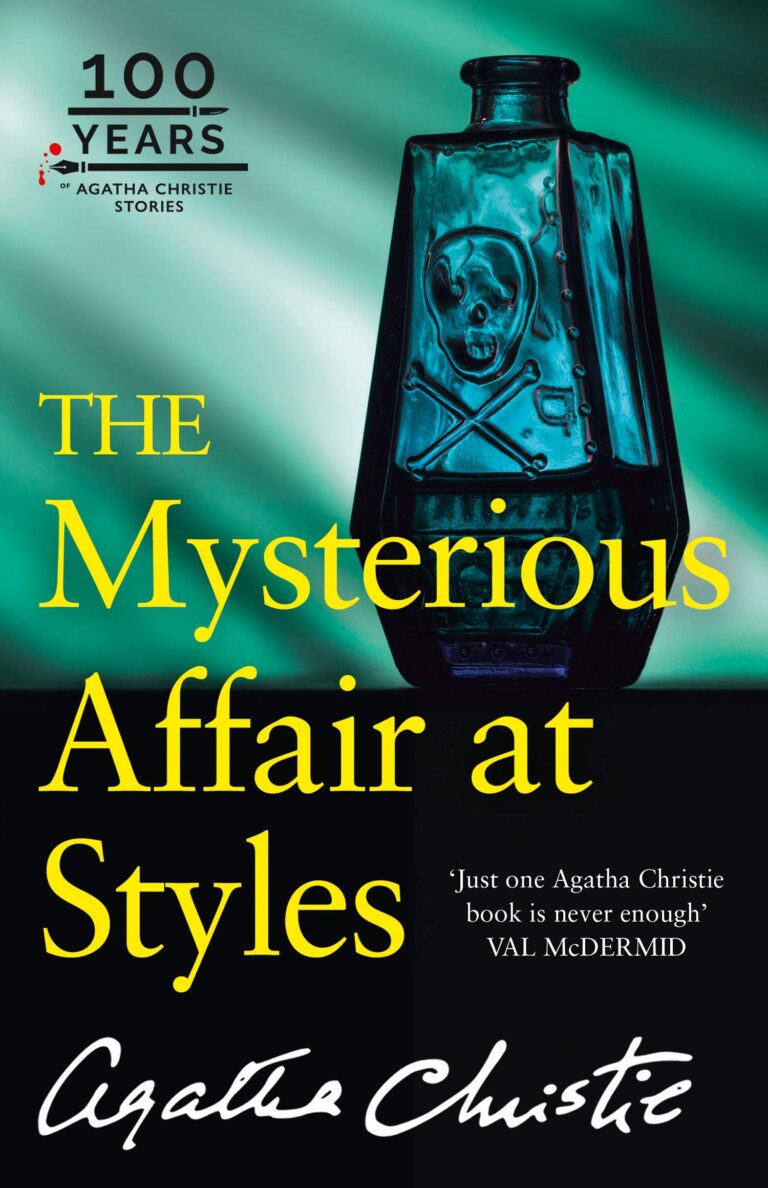 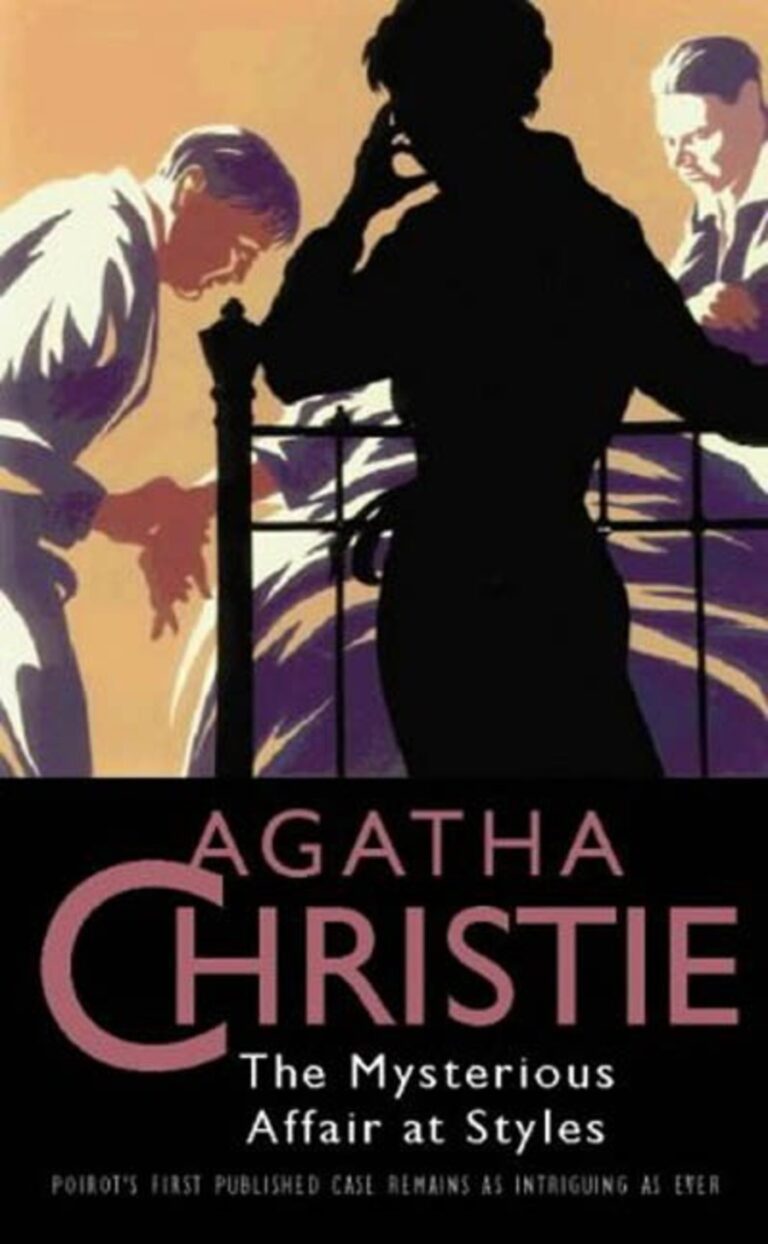 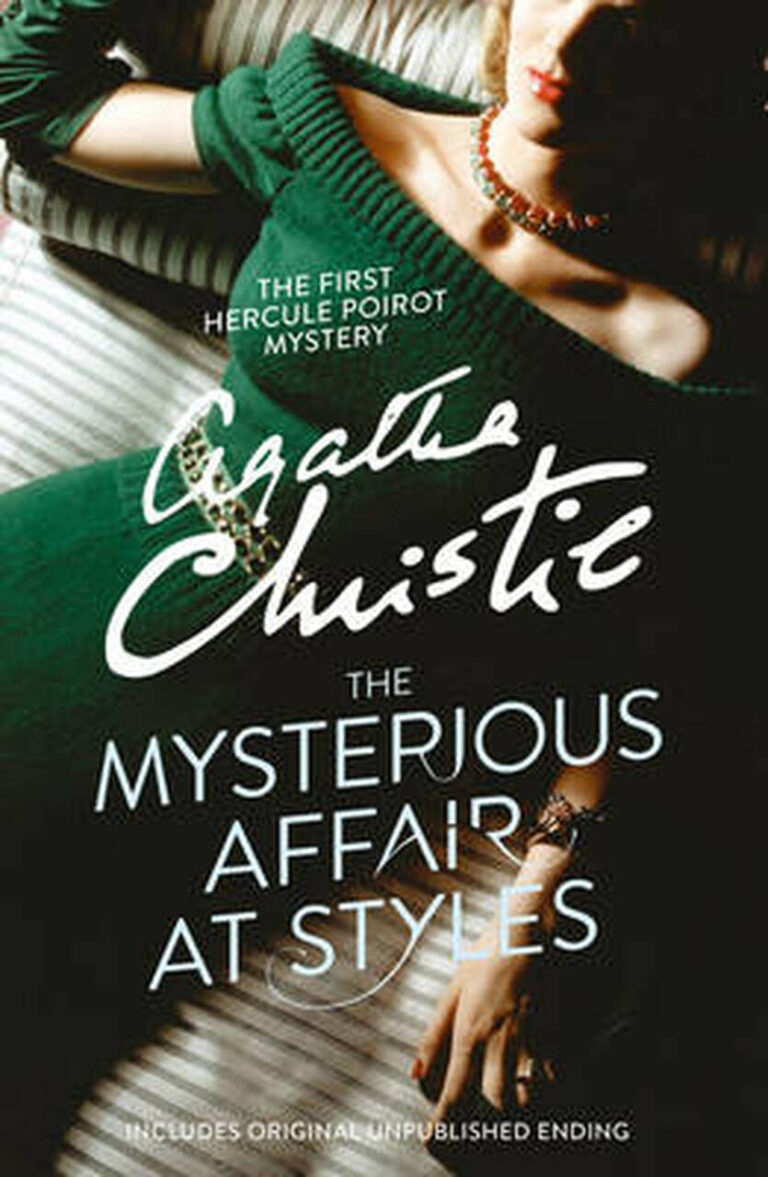 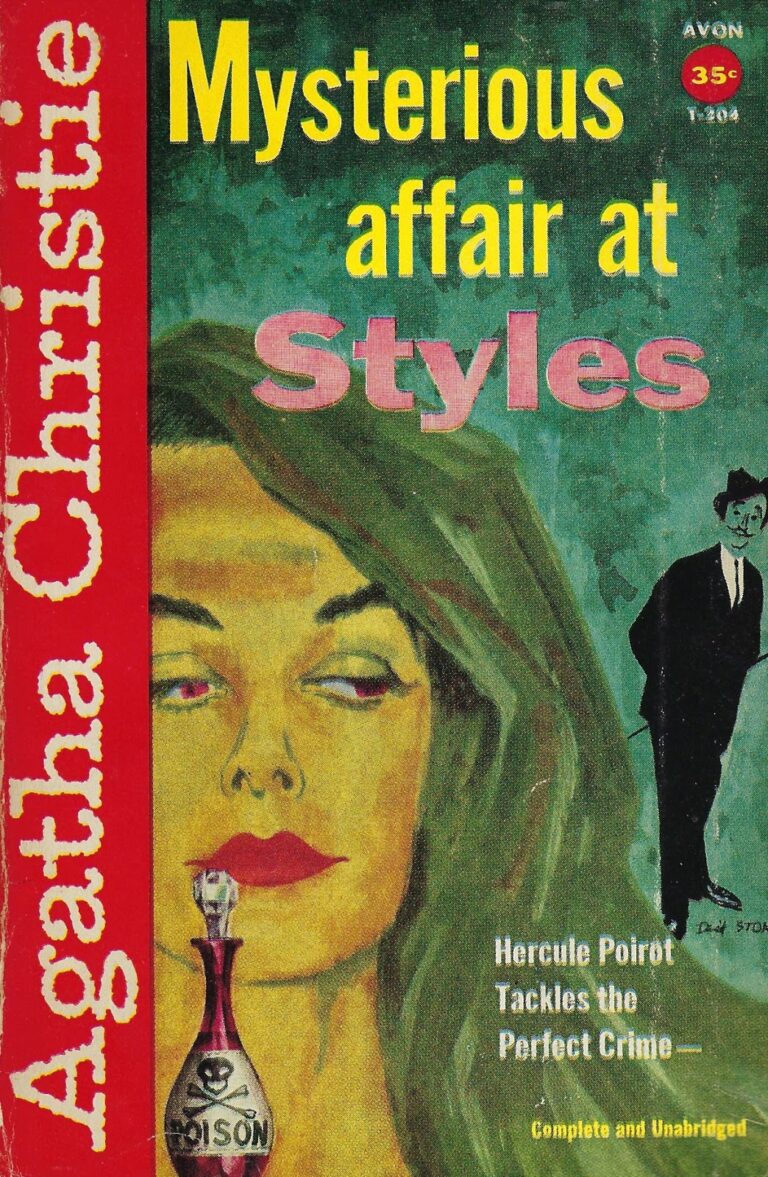 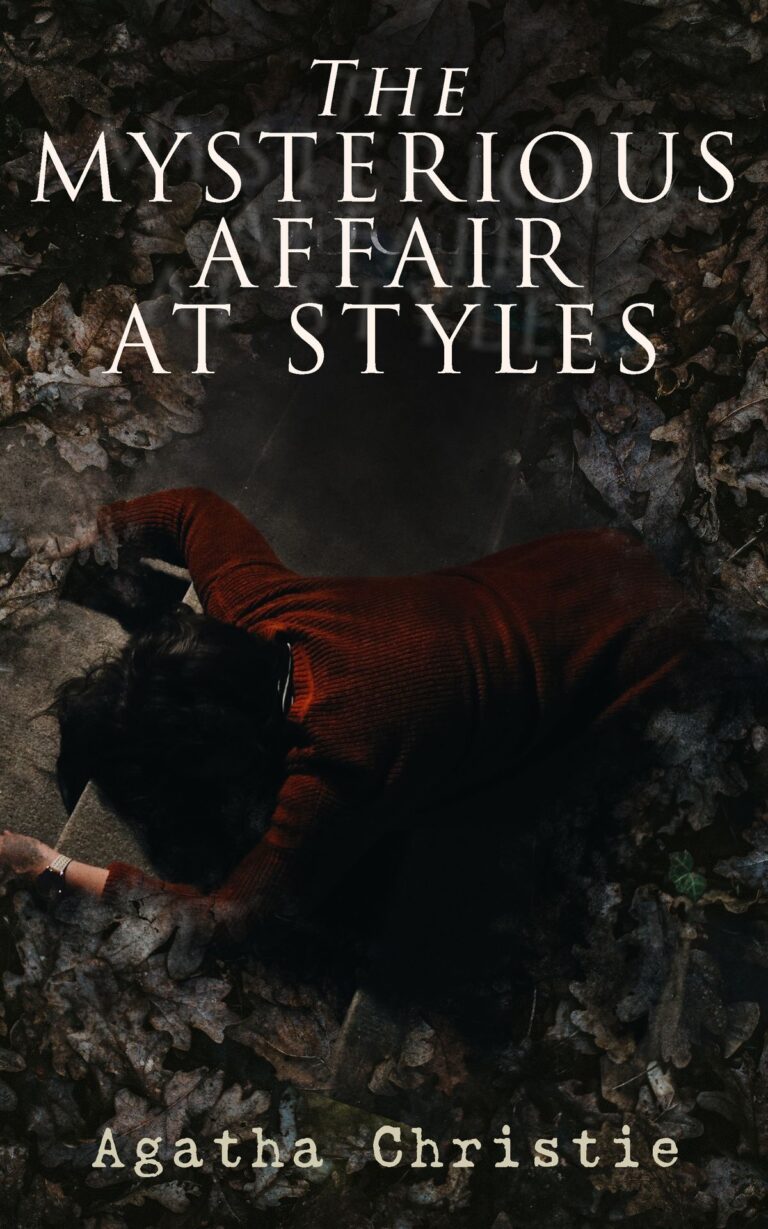 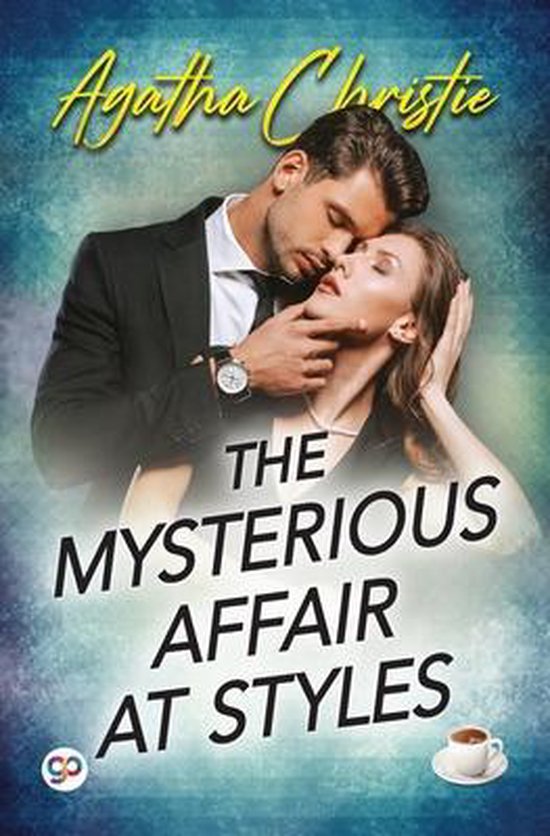 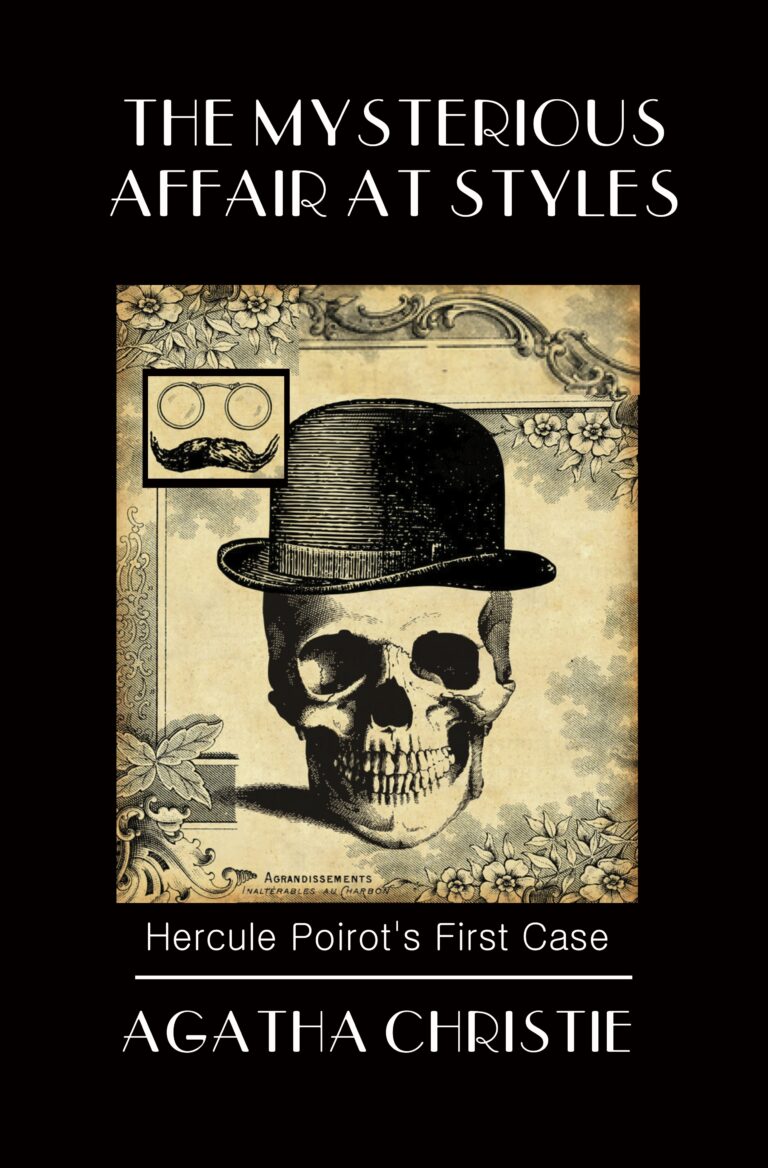 The Story of Styles

Arthur Hastings has been invalided home from the Western Front and after a chance meeting with an old acquaintance John Cavendish, he is invited to recuperate at his friend’s family home, Styles Court, a sizeable country house in Essex.

When his wealthy benefactress, Emily Inglethorp, dies in the middle of the night, the mystery begins. When strychnine poisoning is identified and suspicion falls on the family and the inhabitants of Styles, Hastings calls on the discreet help of his old friend, the Belgian detective, Hercule Poirot – who conveniently is staying nearby with seven Belgian refugees at the hospitality of the murdered Mrs Inglethorp.

The locked room, an overturned table, a shattered coffee cup, an unlocked despatch case, a stain on the floor, a fragment of thread and candle grease by a writing desk as well as a controversial will and simmering family disputes put Poirot’s sleuthing skills to the test to unmask the guilty party in his inimitable ‘style’.

How does Agatha Christie's first novel stand up one hundred years later?

For a novel that is a century old, The Mysterious Affair at Styles is remarkably fresh. This is the book that pretty much began what is considered the Golden Age of detective fiction. For a first time writer of crime mysteries, Agatha pretty much hits the ground running, setting up a blueprint of false accusations, red herrings, plot twists and reversals that would be seen for decades to come in not only her fiction but also many other writers of detective stories.

From the off, the elements of Poirot that we’ve come to expect over the years are there pretty much from the start. Take this famous description the Belgian detective from Hastings in the second chapter of Styles:

Poirot was an extraordinary looking little man. He was hardly more than five feet, four inches, but carried himself with great dignity. His head was exactly the shape of an egg, and he always perched it a little on one side. His moustache was very stiff and military. The neatness of his attire was almost incredible. I believe a speck of dust would have caused him more pain than a bullet wound. Yet this quaint dandyfied little man who, I was sorry to see, now limped badly, had been in his time one of the most celebrated members of the Belgian police. As a detective, his flair had been extraordinary, and he had achieved triumphs by unravelling some of the most baffling cases of the day.

We have the fastidiousness. We have the moustache. And, in this strange-looking foreigner, we have a perennial outsider. Some of this introduction was contradicted (his limp was swiftly forgotten about as by Chapter 10 we observe Poirot uncharacteristically athletic! Hastings observes “run and leap he did, gambolling wildly down the stretch of lawn outside”) – other aspects such as a former career as a policeman is incredibly rarely explored in subsequent novels.

The Mysterious Affair at Styles is incredibly clue heavy. When Hastings and the family break into Emily Inglethorp’s locked room and when Poirot subsequently inspects the scene, it’s like an info dump of clues. Christie is theatrically setting the scene with physical objects and challenging you as reader to untangle them, to sort the important from the inconsequential. In many ways this type of clueing is typical of Christie’s early works whereas in later works Poirot is more concerned with conversational reveals or psychological interpretations of the suspects to aid his deductions. 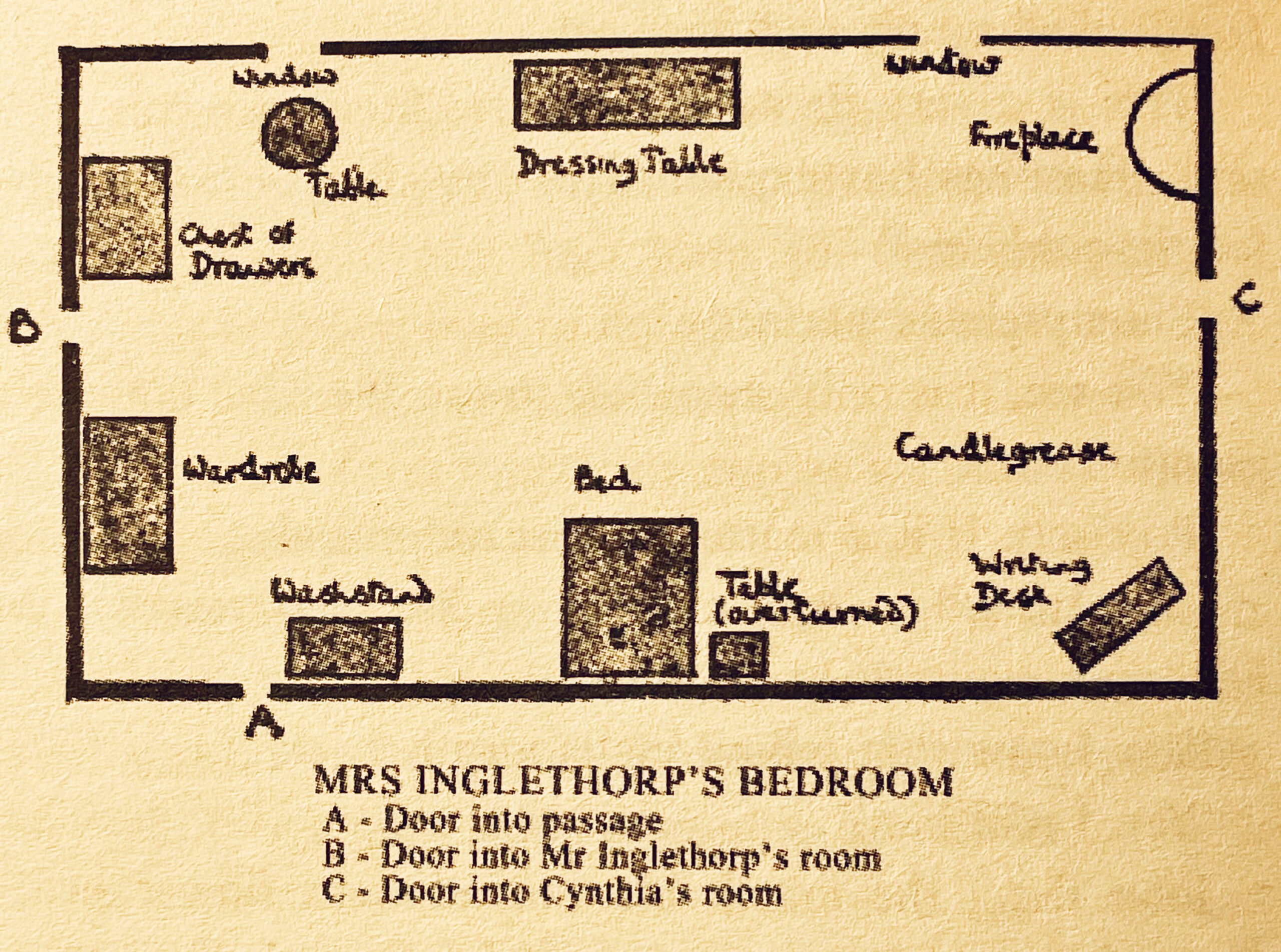 However as locked-room mysteries go, the explanation is appropriately complex and well-plotted. If one were to be picky, there is (small spoiler) an inclusion of a letter as part of the nailing the guilty that is a terrible contrivance that betrays the inexperienced writer’s hand.

Given that two publishers had already rejected the novel, when The Bodley Head were unhappy with how (or rather where) Christie had ended the story, Agatha was happy to accommodate with a new conclusion. In the original version, she had ended it at the trial itself with Poirot revealing whodunnit in the courtroom from the witness box! Publisher John Lane didn’t find this grand reveal amidst the judicial process convincing and so a rewrite was requested.

By accident or design, relocating Poirot’s unveiling the murderer to the library of Styles Court created a prototype for murder mysteries: the drawing room denouement where the detective gathers the suspects together and methodically eliminates the innocent parties one-by-one until the guilty remains.

It gives our sleuthing hero the floor – a satisfying theatrical flourish where they can showcase how perceptive their detective skills have been (and indeed how clever the author has been in constructing the mystery) – as well as giving the reader one final chance to switch horses and point an eleventh-hour accusatory finger.

The Mysterious Affair At Styles

The Recs thoroughly enjoyed Dame Agatha Christie's first novel. It may not be her best detective novel but it will certainly keep you guessing. Whilst later Christie's have more finesse, this is where it started and certainly is no chore to read.