When makers of documentaries wheel out fanatical supporters, usually it’s time to hide behind a cushion and cringe at their unwavering conviction. Michael Jackson fans would have sworn night was day and vice versa when defending their idol.

So when The New York Times’ Framing Britney Spears begins with a collection of campaigning fans, you wonder how serious the documentary is going to be. And yet for all the pink megaphones and placards, the core of the #FreeBritney fans featured are attentive and articulate, reflecting well on their pop superstar, not the usual tin-hatted acolytes. 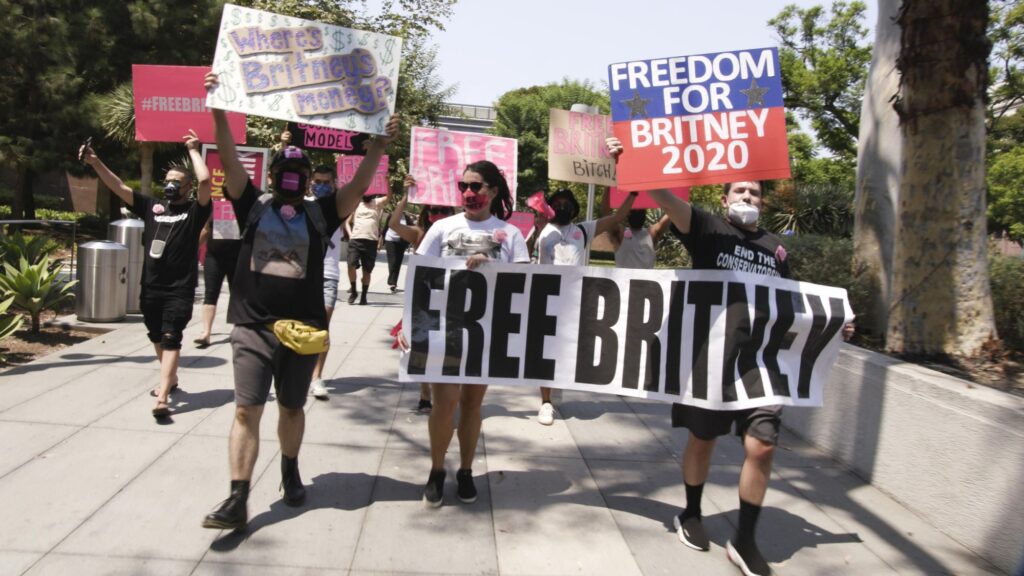 Although Framing Britney Spears focuses on the ongoing disputes over Spears’ controversial emergency “temporary” conservatorship – granted to her father Jamie Spears and attorney Andrew Wallet way back in 2008 to control the singer’s life and career – the documentary explores the systemic misogyny of the music industry and the surrounding media that has dogged her career from the start.

Britney signed with Jive Records in 1997 at age 15 – and the documentary reminds us how young the singer was and how far out of her family’s experience it was travelling from her hometown of Kentwood, Louisiana to New York for their daughter to enroll in Professional Performing Arts School.

Seeing Britney performing in a shopping mall promotional tour to promote her upcoming debut album, …Baby One More Time, you momentarily enjoy the joy and carefree excitement of adventures ahead – before the uncomfortable realisation of what lies ahead dawns on you.

…Baby One More Time was released in January 1999 when Spears was just 17 years old. Her image straddled a balance between wholesomeness and latent sexuality. Girls everywhere saw who they were and who they wanted to be. The title track became one of the best-selling singles of all-time, selling 10 million plus copies while the album went fourteen-times platinum in the States alone. An industry around her was born. 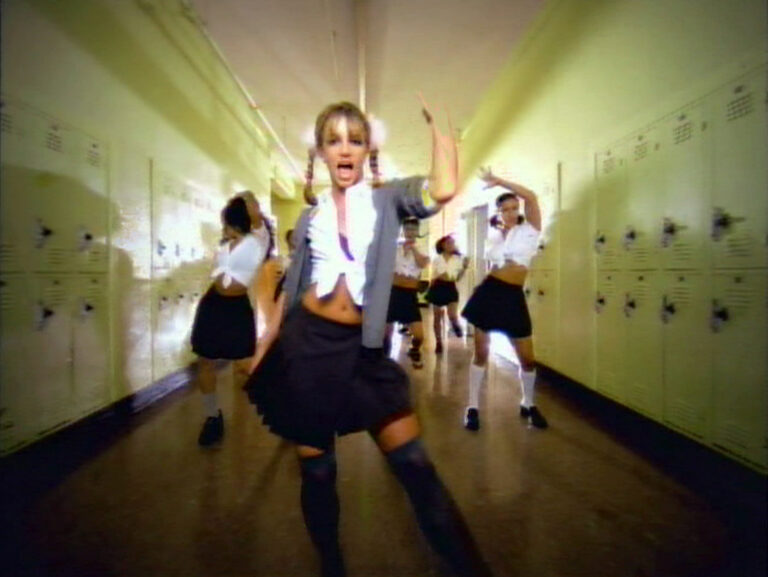 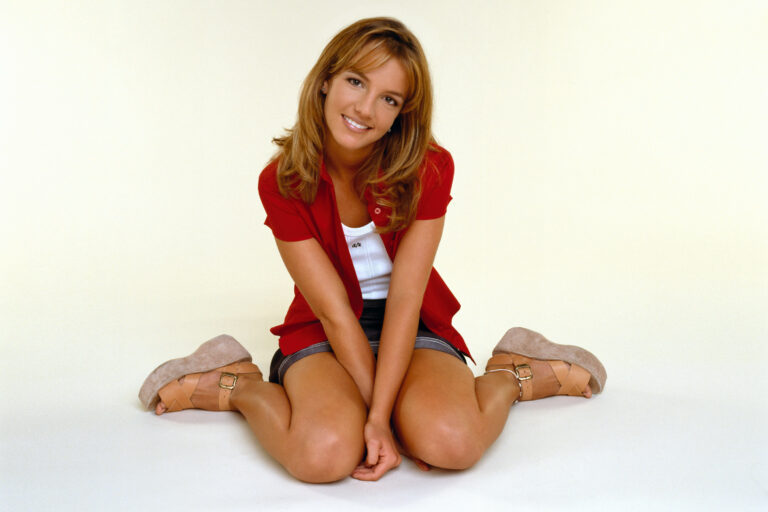 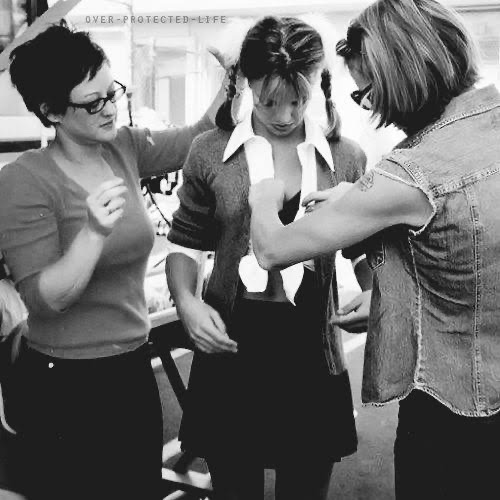 While on Star Search at age 10, Ed McMahon is shown asking if he can be her boyfriend. It only gets worse as Framing Britney Spears documents the casual and relentless sexualisation and sexism in interviews.

Dutch interviewer Ivo Niehe, who was 52 at the time, is seen saying to a 17-year-old Britney “There’s one subject we didn’t discuss. Everyone’s talking about it. Well … your breasts”. 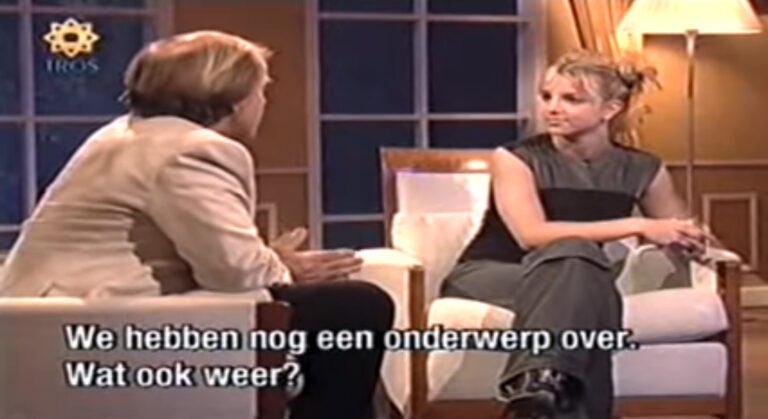 Cry Me A River?

While the singer’s career goes from strength to strength, her virginity becomes “acceptable” as a topic for all in the media, especially when Britney dated fellow star of The All-New Mickey Mouse Club, Justin Timberlake between 1998 and 2002. 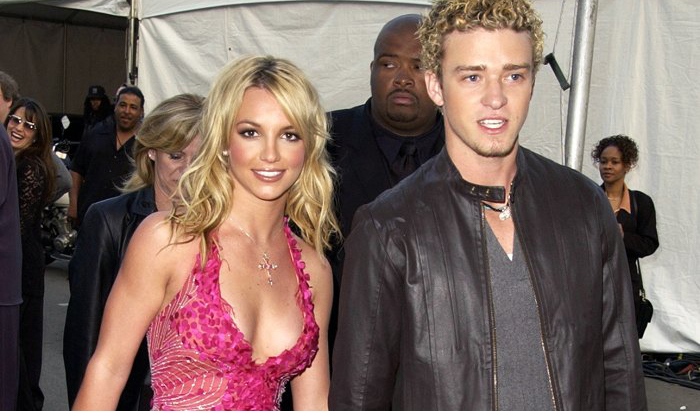 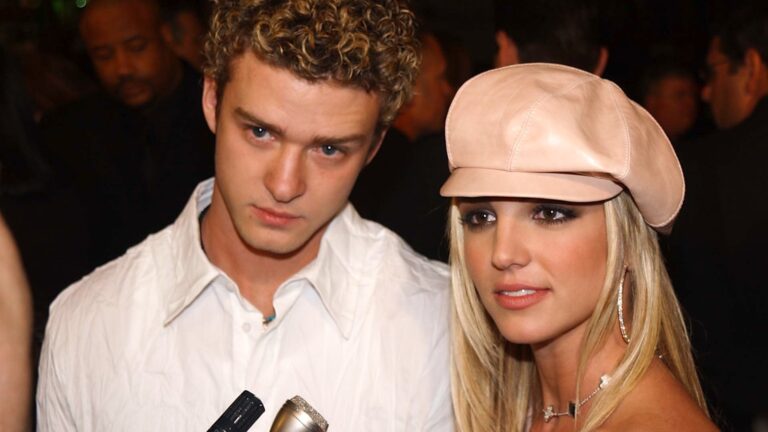 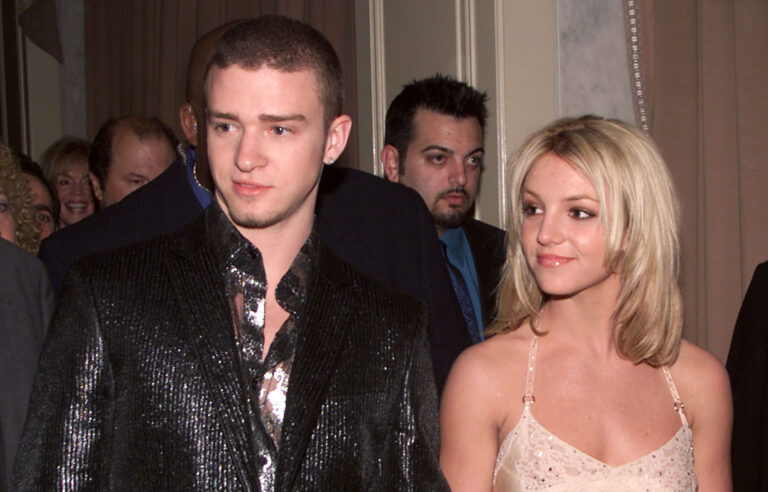 A perfect excuse for the media to double down when America’s perfect teen couple would split and not amicably. The automatic assumption was that it was Britney’s fault.

In a 2003 interview, Broadcast journalist Diane Sawyer decides to nail her colours to the mast. She pontificates to a 22-year-old Spears: “You did something that caused him so much pain…so much suffering. What did you do?” So much for sisterhood!

As if this were not enough hostility, her ex Justin Timberlake releases his second solo single – Cry Me A River – with a video undeniably which aims to blame Spears for the breakup while monetizing the split for his own profit.

The video uses a Britney-lookalike who is taught a lesson by Justin breaking in to her house, creeping around, having sex on her bed with a random female, videoing it, waiting for the Britney-lookalike to return home, watching her from a closet, stalking her while she showers, and when she is finally disturbed, she emerges from the shower to the video of Justin staring down the lens while the random female adores him.

Misogyny 1.01 and yet in 2002 and beyond, no one said anything. Twelve years later, after ignoring any effect his behaviour may have caused for well over a decade, but in response to the huge backlash provoked by Framing Britney Spears, Justin Timberlake finally issued a statement: “I have seen the messages, tags, comments, and concerns and I want to respond. I am deeply sorry for the times in my life where my actions contributed to the problem, where I spoke out of turn, or did not speak up for what was right.” He continued “I specifically want to apologize to Britney Spears” but many will recall the lyrics of Cry Me A River: “The damage is done“.

The relentless pressure on Britney Spears – whether it’s magazine headlines, betrayals by those near to her, the judgmental pontification in the press or the 24/7 paparazzi glare – becomes overwhelming and by 2008, the world witnesses what is framed as a public collapse of mental health.

Framing Britney Spears is a documentaries where your indignation grows and builds into anger. It constructs a compelling and painful narrative where a talented child with talent from America’s Bible Belt became a global superstar in an incredibly short time and whose autonomy over her own life systematically was taken away bit by bit from her.

was a beleaguered cry from her 2007 track, Piece of Me, but too many vested interests were only concerned with milking the cash cow rather than listening and supporting a clearly-challenged Britney. 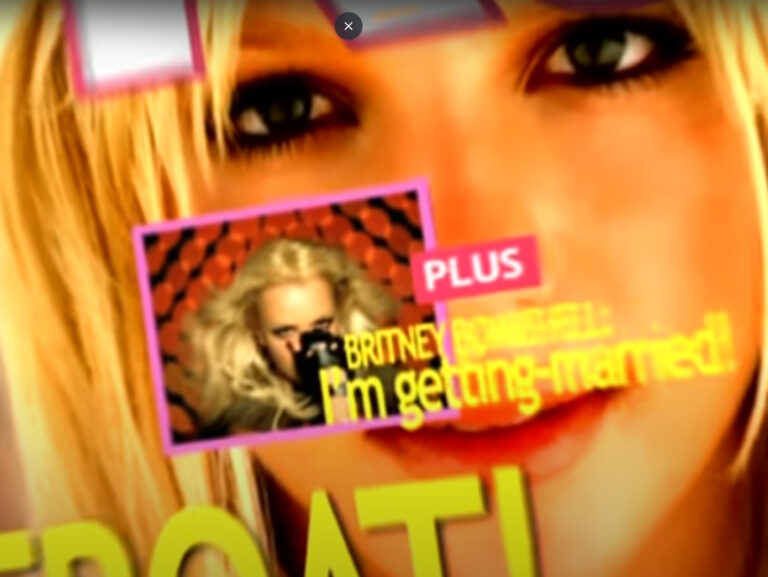 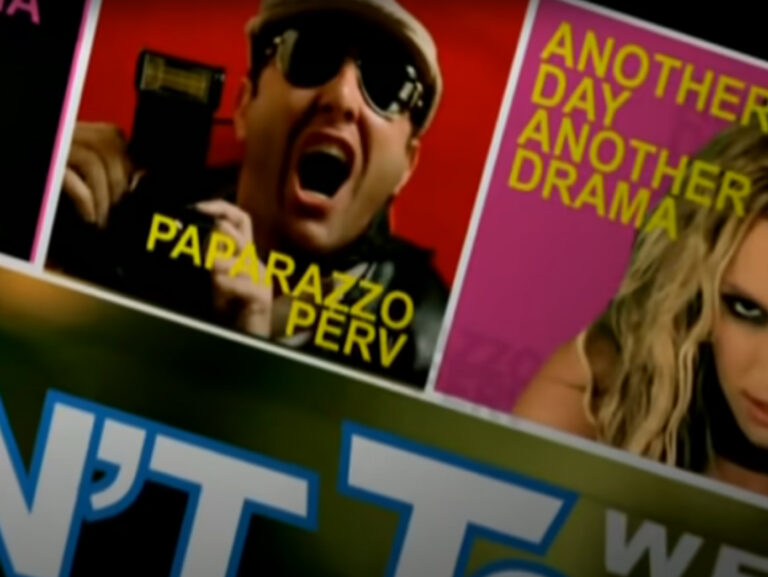 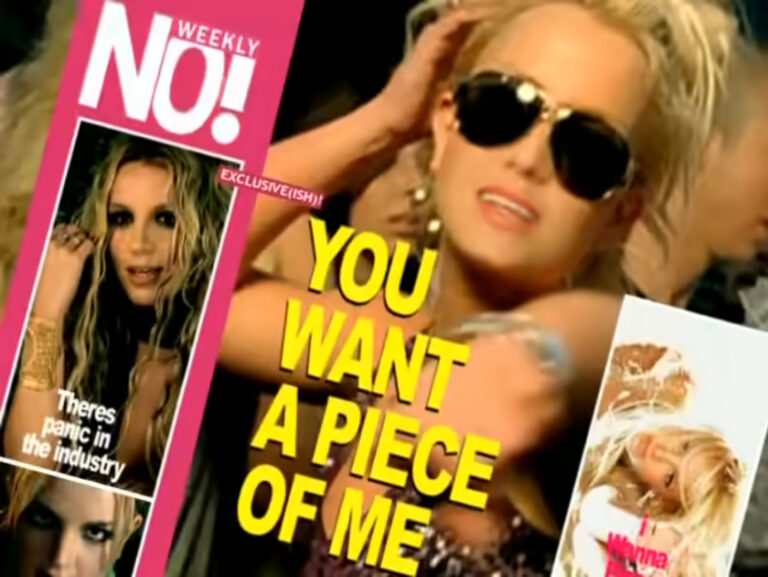 What Framing Britney Spears is particularly effective at showing is the misogyny that has surrounded Britney her whole life. A pre-teen who was questioned about her virginity, her breasts, her love life. A successful woman, whose record sales were a phenomenon in a world of boybands, pushed by a hostile media and unremitting paparazzi to a collapse of mental health. A performer who was deemed able to front a successful 248-show Vegas residency and release several albums but who was placed in a decade-plus conservatorship where she was judged incapable of looking after her children or career.

The documentary provides a gallery of villains where few emerge blameless. Not her father who was absent most of her life, boasted “My daughter is gonna be so rich she’s gonna buy me a boat” and then returned to run her lucrative conservatorship. Not Justin Timberlake who advanced his career while vilifying her. Not wife of the Maryland governor Kendel Ehrlich who blithely announced if she “had the opportunity to shoot Britney Spears”, she would take it. Or legendary interviewer Diane Sawyer automatically painting Spears as the sole cause of the painful and public break-up with Timberlake. Or the truly jaw-dropping TV gameshow that sees Britney’s mental health as entertainment.

The quote that lingers after watching Framing Britney Spears comes from a fan: “It’s something that would not have happened to a man in America”. 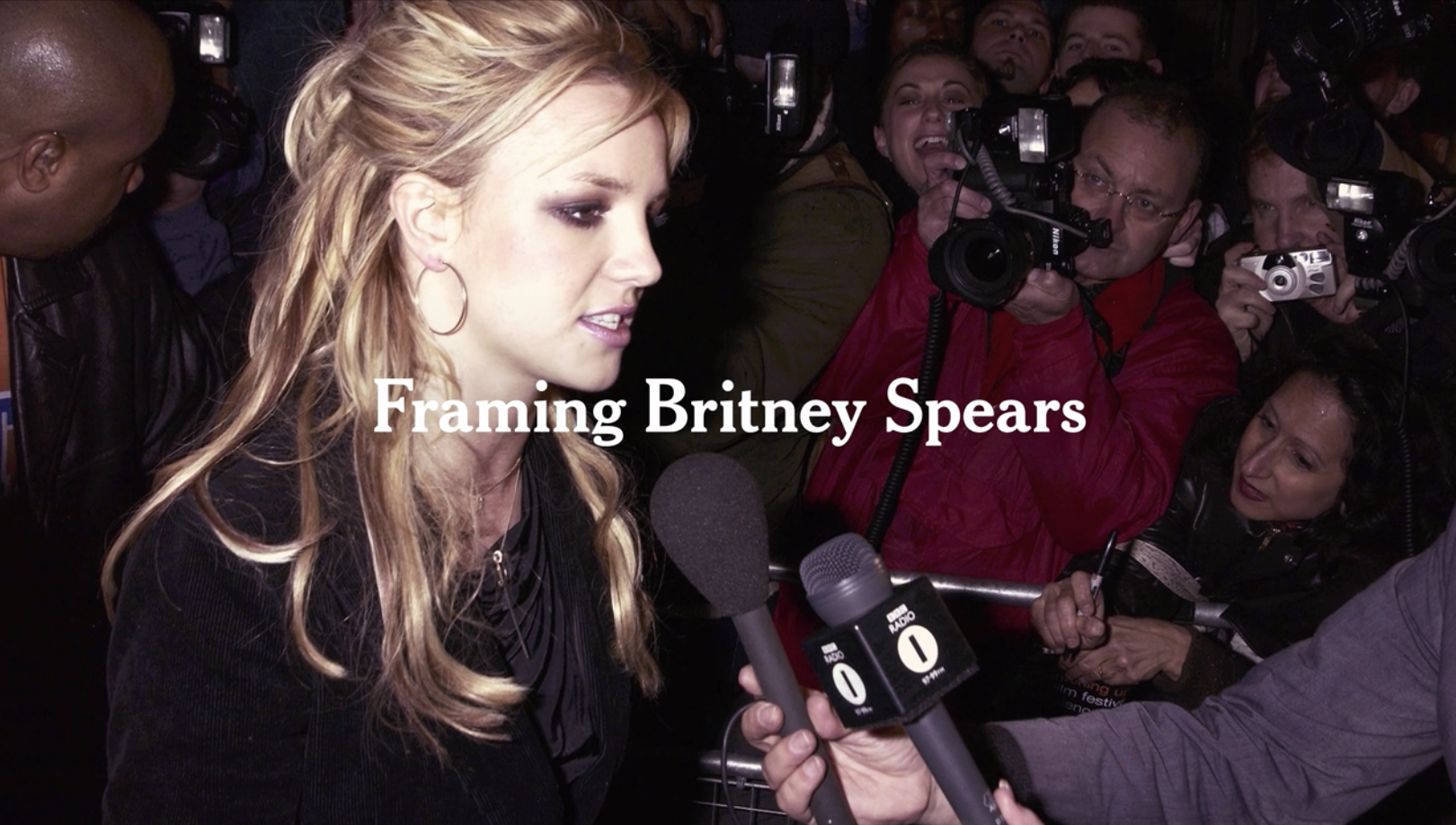 How to Watch Framing Britney Spears in the UK