It’s February 2021. The global Covid-19 pandemic has raged for over a year. In the UK, we are on our third national lockdown. Life has shrunk for most of us to our home. Some face the stresses of home schooling, for others living by themselves, even the novelty of Zoom calls with their friends has lost their lustre. Most of us are yearning for the life we have lost, whether that’s seeing friends, going out for a drink, eating in a restaurant or heading off to sunny climes on holiday. It turns out that Ruthless Women by Melanie Blake could not have arrived at a better time! 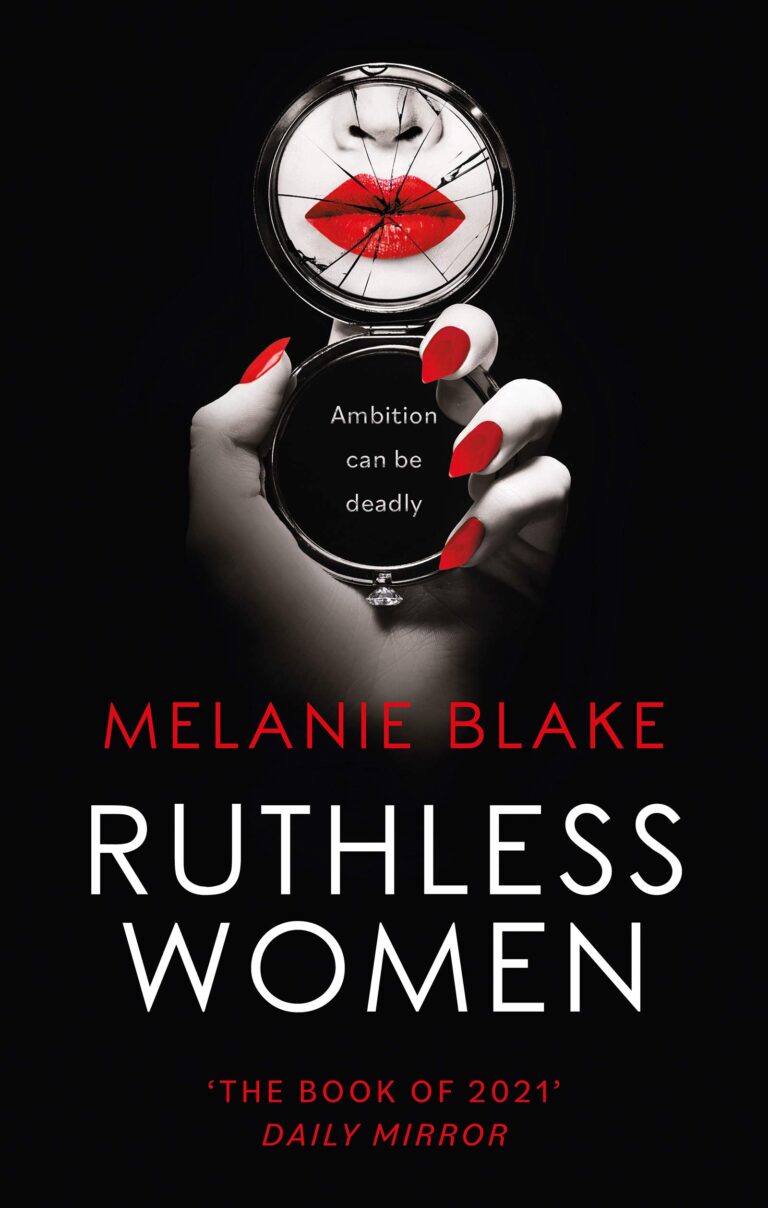 Set behind-the-scenes of an iconic soap opera, this frothing juggernaut of sex, ambition, backstabbing, betrayals, scheming and some more sex is exactly the glitzy escapism we have been waiting for. Think Shirley Conran’s Lace meets Soap Dish, imagine Dynasty crossed with Return to Eden, Valley of the Dolls and The Devil Wears Prada‘s DNA captured and fused – and enjoy real-life, top celebrity agent Blake lifting the lid on what really happens when the cameras aren’t filming in a exuberant exposé of TV soaps!

Storm clouds, both literal and figurative, are gathering over Falcon Bay – the long-running, award-winning soap opera whose ratings of late have begun to drop off the Jersey location’s famous cliffs. 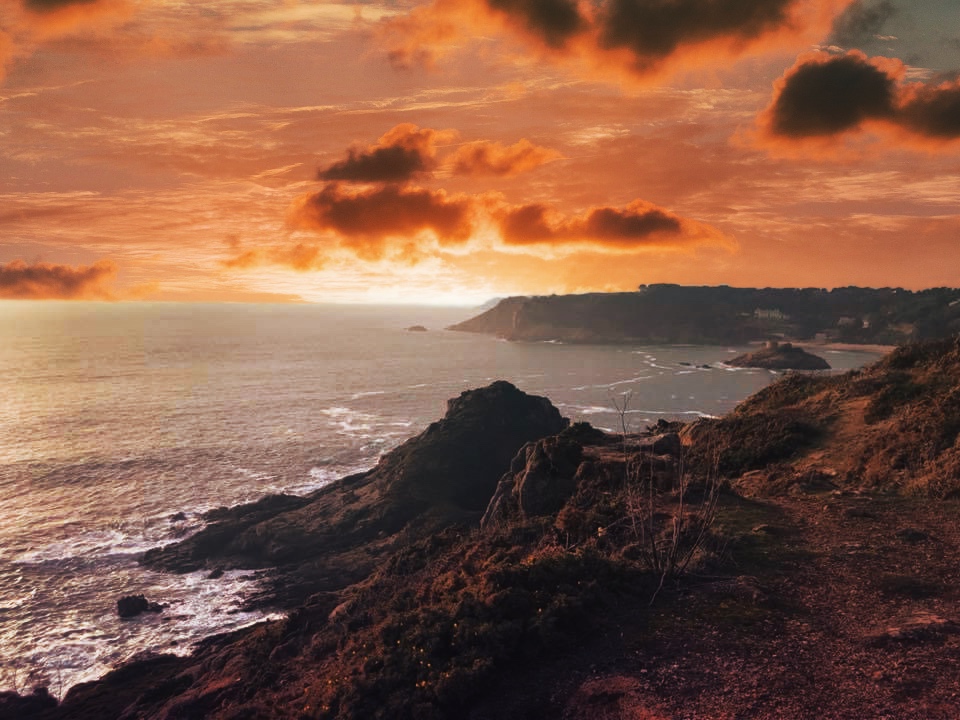 Melanie Blake takes us into the cutthroat world, behind the scenes, where the pressure is on to get the show back to the top of the ratings. This is a world of full-on glamour where men are handsome, arrogant and have muscular legs in tight jeans and the women are attractive, feisty and would climb over you in their designer heels to get what they want!

In Ruthless Women, the soap’s producers, directors, writers and casting clash as they battle to save the show and their careers.

It’s decided there is only one thing that can salvage the show: “a Grade A, evil-to-the-core, would-do anything, will-hurt-anyone-to-get-what-she-wants…bitch”. And so the search is on to find a fifty-plus actress who will turn around this soap’s fortunes as Joan Collins did with Dynasty back in 1981.

Throw into the mix an enigmatic, scheming new network owner and a legendary showbiz agent facing her biggest challenge, and things around Falcon Bay are about to go with a bang.

Speaking of bangs, Melanie Blake’s novel follows hard on the heels of the rise of rumpy pumpy we’ve seen on recent TV shows such as Bridgerton and The Great.

The era of the “bonkbuster” novel, made famous by the likes of Judith Krantz, Jackie Collins and Jilly Cooper, gets new lead in its pencil with Melanie Blake’s Ruthless Women. 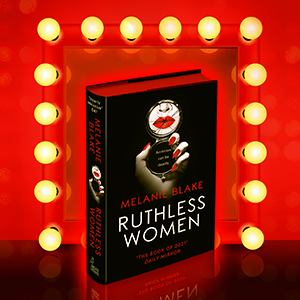 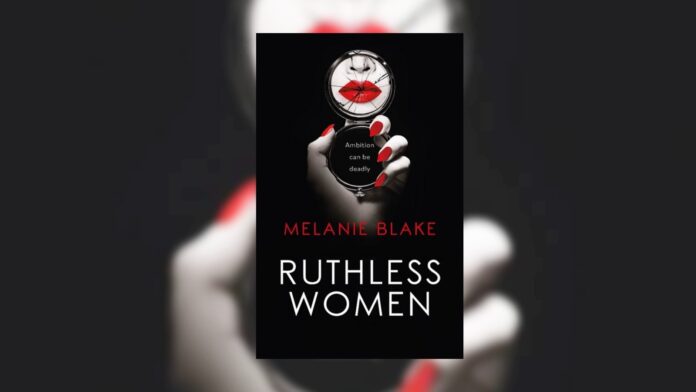 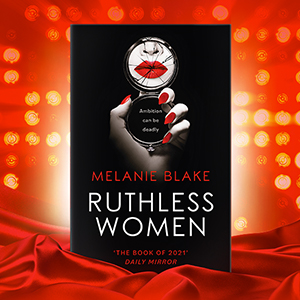 With trouser-bulging accountants and shirtless soap hunks to get you into a lather, there’s sex aplenty: on the casting couch, in the hair salon, in a private room off a crowded Parisian restaurant, in a beach cabin, in a stationery cupboard, in the back of a tinted-windowed limousine with the chauffeur…well you get the idea.

What better to get you through lockdown than some larger-than-life sex – even if you’re enjoying it vicariously through the carefree, libidinous ladies in Ruthless Women (conspicuously told from the women’s perspective).

The steamy moments in the book, of which there are many, are enjoyable and playful. Witness this hilarious, tongue-in-cheek (and other orifices) promotional video where Melanie Blake is invited to give a flavour of what to expect from her new novel.

Knowing that Melanie Blake has worked her way to the top of the showbiz business tree as a leading agent to the stars, you do wonder when reading Ruthless Women how much is the unvarnished truth about what goes behind the scenes in television and how much is Blake’s fertile imagination.

Looking at this intriguing paragraph about fictional agent Sheena McQueen, you do wonder if any of Blake’s own clients, past or present, might recognise themselves:

“On set visits, she was often shocked at the state of some of her clients, unimpressed at how quickly they had let themselves go once they landed a regular role. Once under contract, it was almost guaranteed they’d gain a dress size in the first month; after that, the boozing followed and then the holidays in the sun. Then invariably there’d be a bad beach shot a front page, after which they’d come crying to Sheena.”

Various doyennes of British soaps can vouch for the authenticity of Ruthless Women. 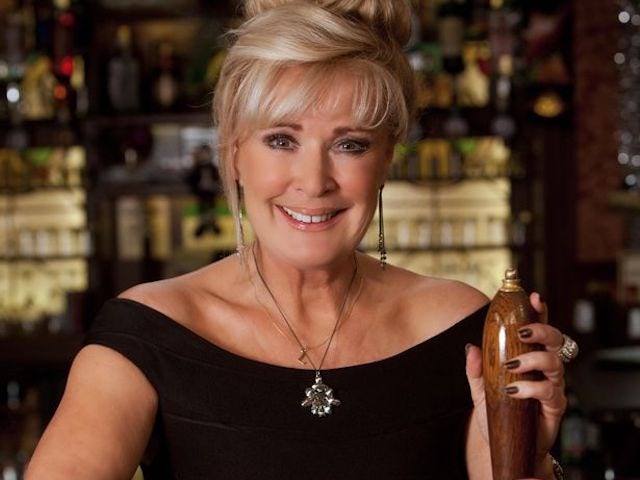 Coronation Street icon Beverley Callard who has strode the cobbles of Weatherfield as Liz MacDonald for 30 years has said of the book: "I actually think she's bugged my working life". 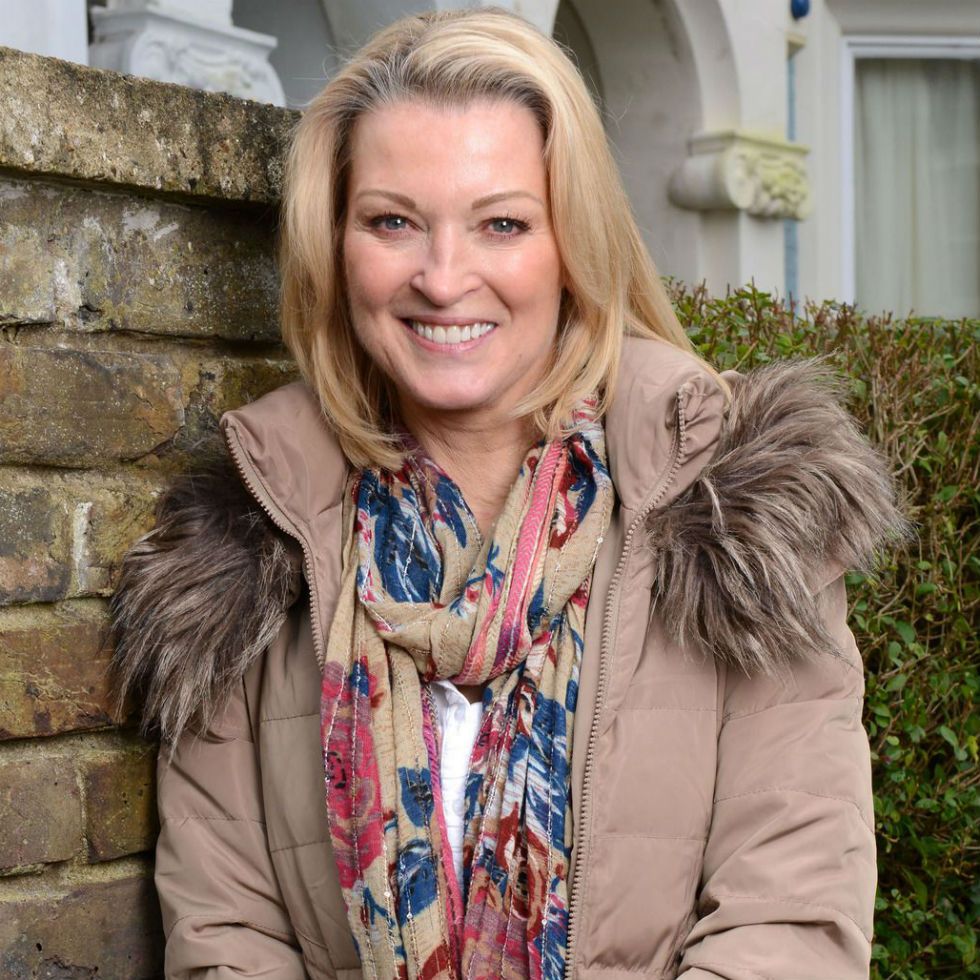 EastEnders legend Gillian Taylforth said of the showbiz-agent-turned-bestselling-writer's new novel: " She knows where all the bodies are buried, and this book is like a map to find them". Coming from Kathy Beale who came back from the dead, we'll take that recommendation. 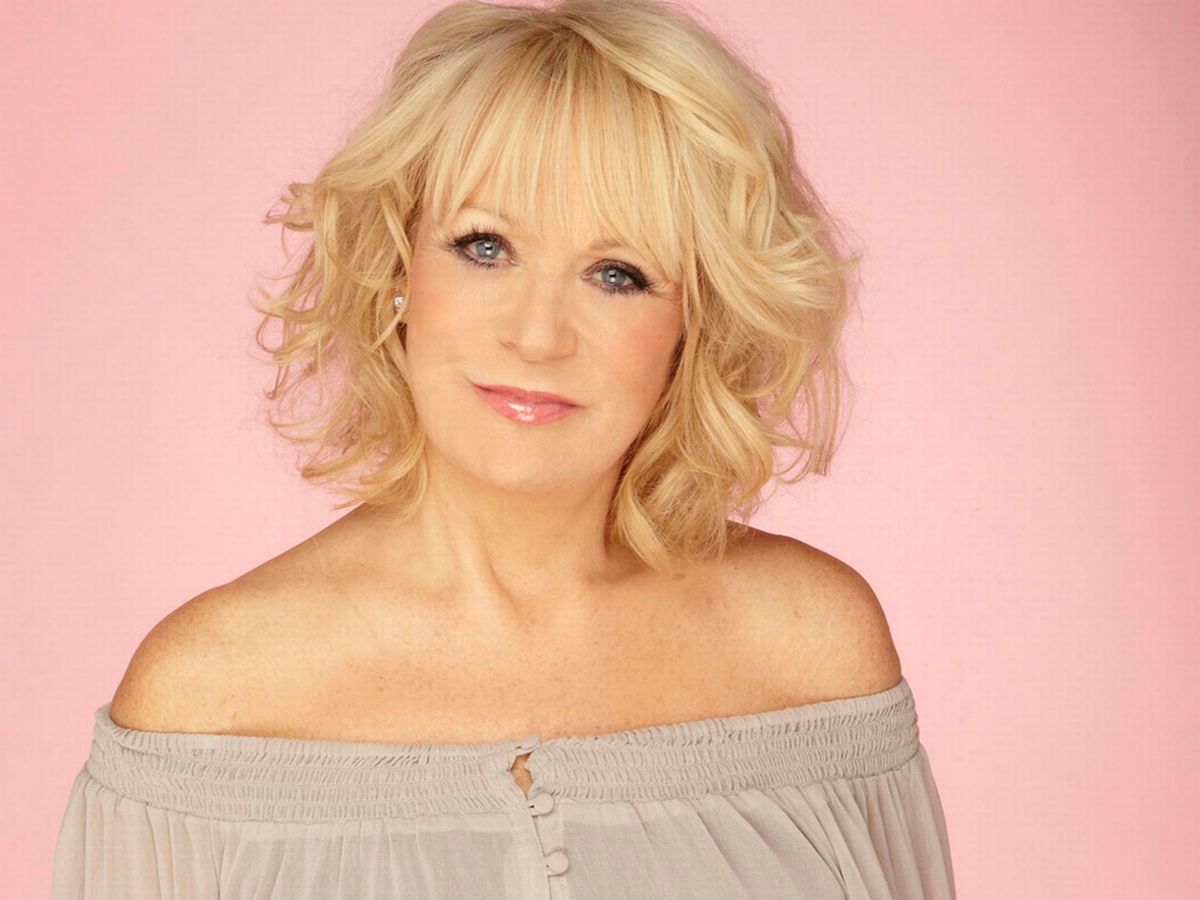 Soap Queen Sherrie Hewson knows her way around a soap opera. She played Lesley Meredith in Emmerdale, was fabulous as Virginia Raven in the reboot of Crossroads but is probably best known as Maureen Webster in 401 episodes of Coronation Street. So Sherrie should know. Her verdict: "It's scandalous! It's outrageous! Very sexy...we can indulge girls AND boys!"

Even ITV’s Lorraine Kelly has given Ruthless Women the thumbs up, proclaiming it “Very Naughty!” 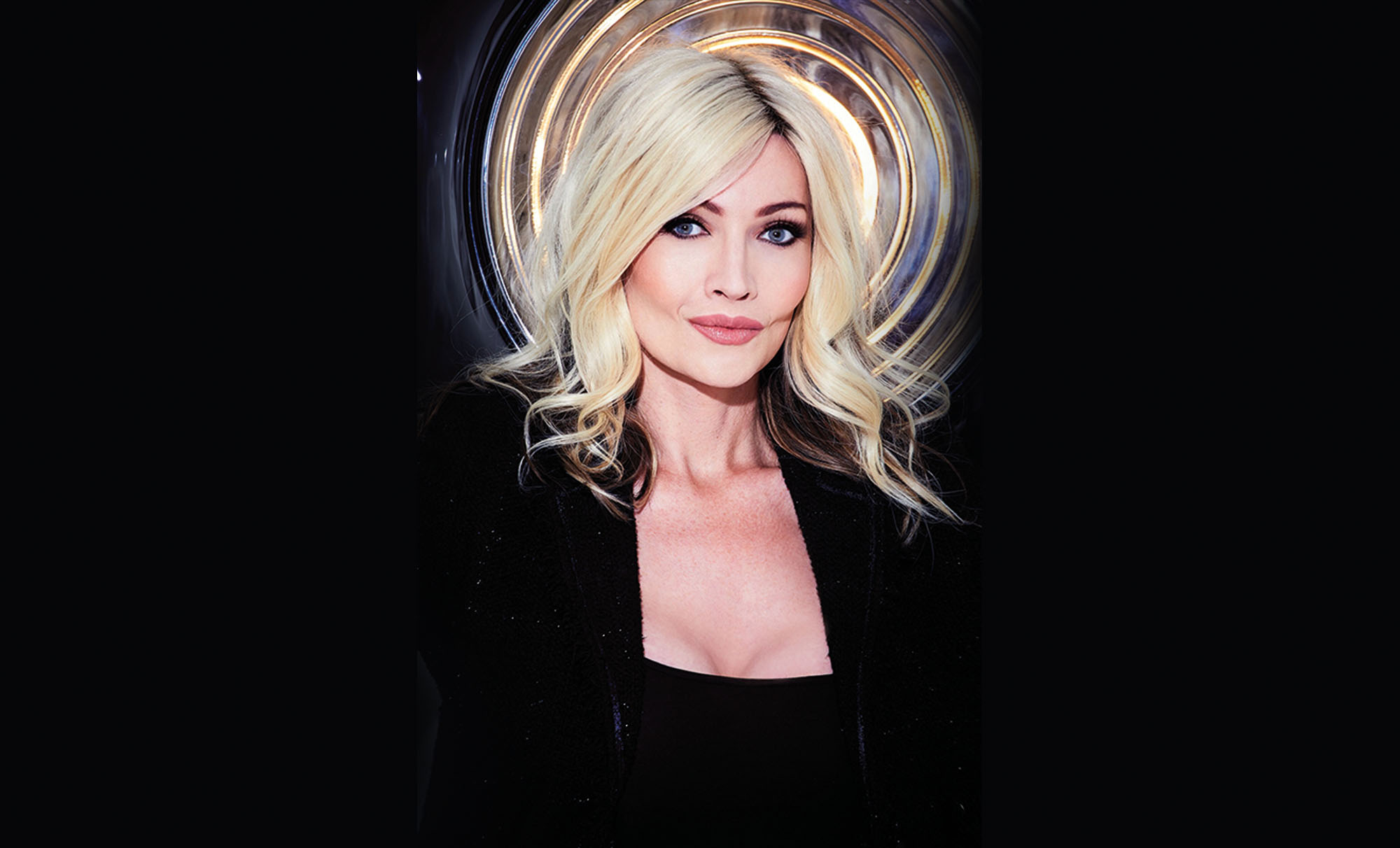 BBC Breakfast’s Louise Minchin declared Melanie Blake “a force of nature” after interviewing her about her debut novel, The Thunder Girls. And looking back, in comparison, that book was only about a 3 on the Beaufort scale – a “gentle breeze”.  All The Recs are saying is batten down your hatches as Ruthless Women is a 12 – “hurricane force”.

On the one hand, there is an outrageous soapy plot brewing – Ruthless Women certainly delivers more twists and turns than that spiralizer you bought at the start of the first lockdown which now lies gathering dust at the back of the cupboard. If you are used to binge-watching the latest TV series on Netflix and Amazon Prime, get ready for a binge-read! As plot reversal builds upon plot shock, you try stop reading on!

What impresses and what keeps you turning page after page are the characters. Blake understands this world down to its DNA. The women of the title may be ruthless but that’s because they have to be in this competitive environment – in Blake’s hands, they are rounded and motivated. And relatable.

Under the froth and frolics, the book addresses how much it takes to change yourself and your life. Its underlying principle is that you can steer your own course to be where you want to be but with the caveat that sometimes you have to be ruthless (we’ll call it ‘single-minded’) to get there.

There’s a relentless determination to survive in these pages which isn’t a bad rallying cry for all of us in these strange times.

Ruthless Women by Melanie Blake is published by House of Zeus on Thursday 18th February. 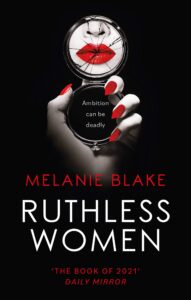