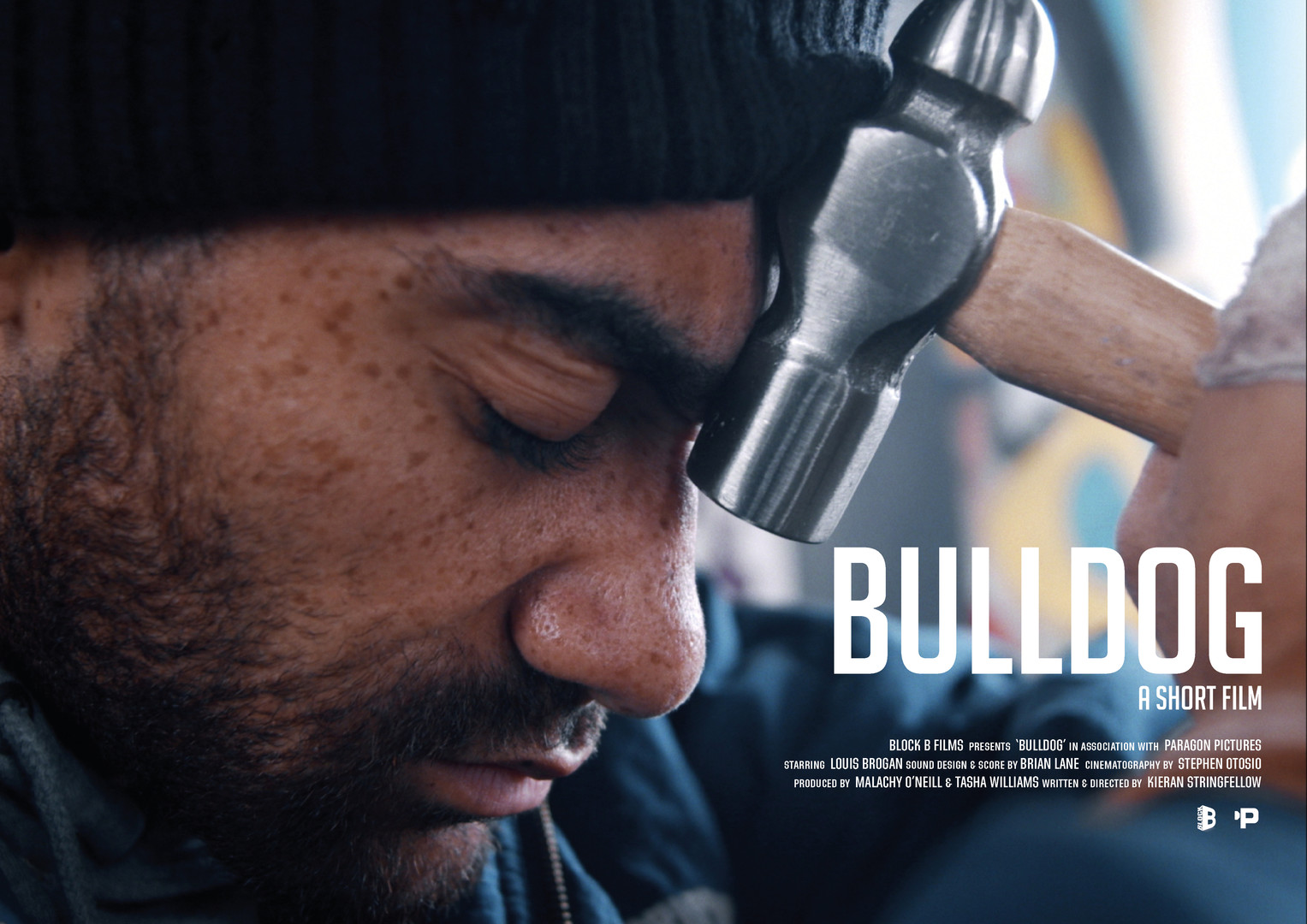 British short film, Bulldog, opens with Aaron, a rough sleeper, checking his few possessions after spending a night in a cell. His fingers tattooed, his fingernails dirty.

He walks alone through the less salubrious streets of Manchester to a thunderous percussive soundtrack and the sound of the city. A man intent on one mission. When he steals a hammer from a store, our sense of impending threat intensifies.

We see Aaron washing in a public bathroom then, as a lone figure, staring out over a blurred cityscape – both scenes are swathed in tones of chilly blue, underlining Aaron’s isolation. A deafening grungy syth soundscape reaches a peak and he is ready to act to settle a score. 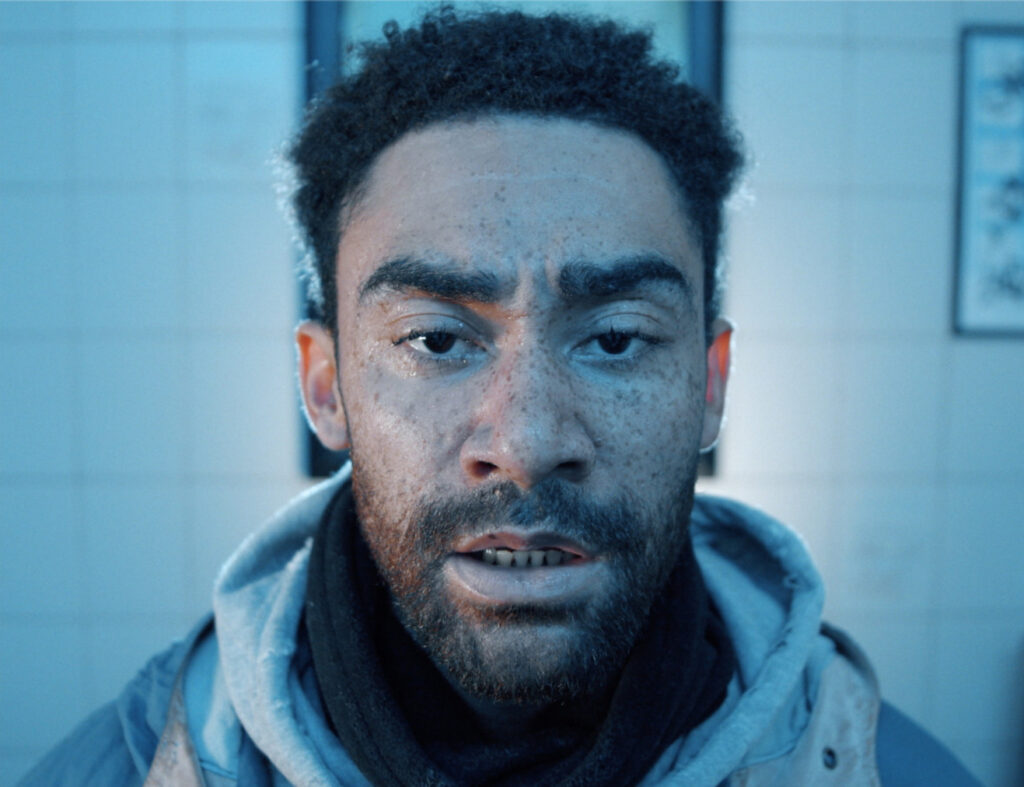 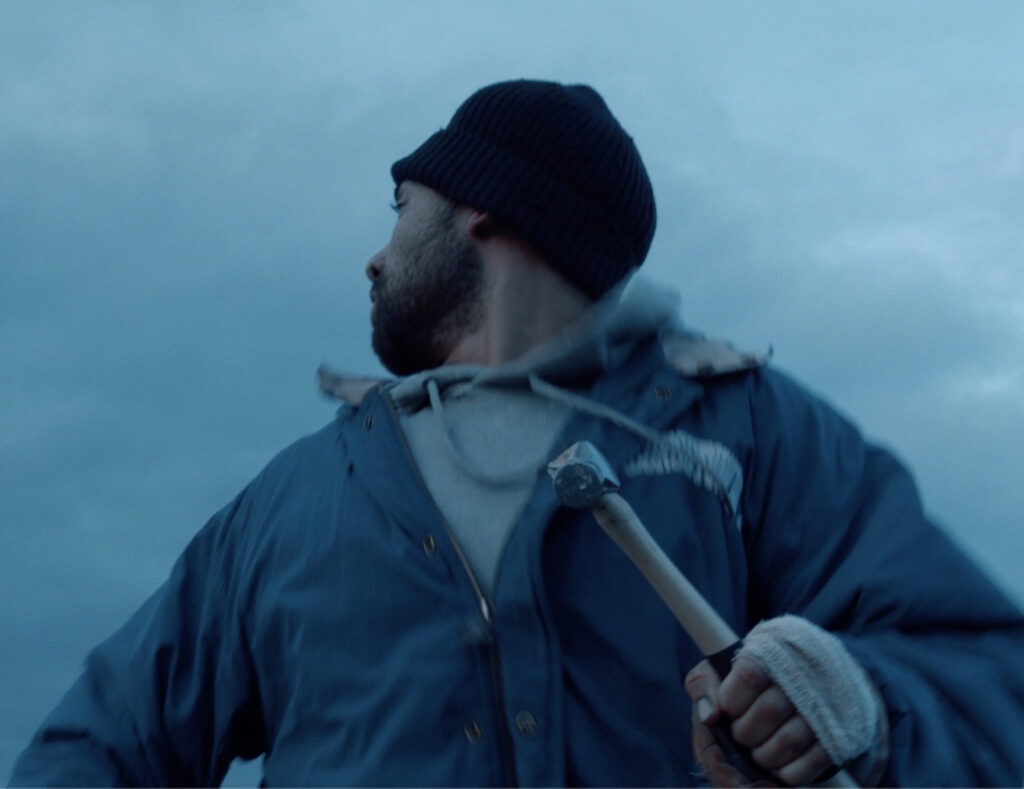 Writer and director, Kieran Stringfellow, delivers an intense and engaging story over the space of six minutes which exploits our preconceptions of rough sleepers and wrongfoots our prejudices.

Bulldog is a Block B Film. You can watch it for free as part of the BFI Future Film Festival from 18 – 21st February – click here